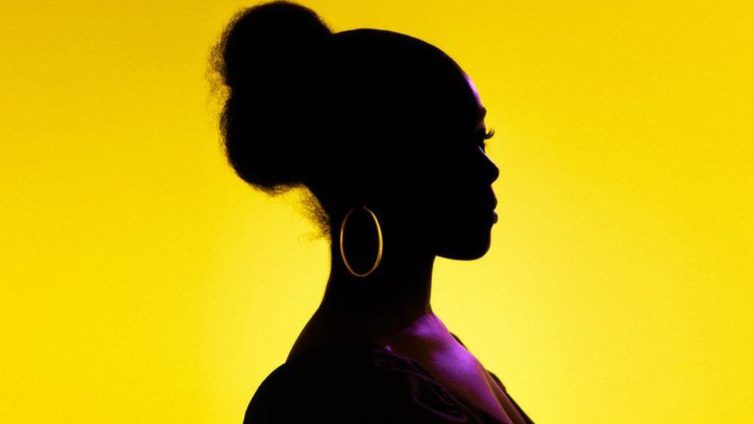 When Jade LB was given a laptop for her 13th birthday, she sat in her home in Hackney, north-east London, and began writing a story. Her main chara cter was 17-year-old Keisha, a black girl from inner city London whose life was full of sex, violence and alcoholism.

It was 2005 and Jade didn’t have internet at home, so at first the story of “Keisha the Sket” lay dormant on her laptop’s notes page.

In lunch breaks at school, pupils with enough credit on their phone would pass chapters on to one another.

Before the age of shares, likes, and retweets, Keisha’s story had gone viral.

‘It went against the grain’

The appetite for new chapters of the story was so big, Jade says she even received “threatening messages” hurrying her to post the next part.

Jade’s always kept her identity private but for the first time, she’s spoken out about what the writing process was like.

I’ve only read 3 books in my life Keisha Da Sket, Of Mice And Men and the Argos Catalogue

Jade tells Radio 1 Newsbeat the honest way she wrote about women’s sexuality “went against the grain”.

It tells of her inner turmoil at developing a sexual appetite, but not wanting to appear a “sket” – a slang word for a promiscuous woman – among boys in her area.

Jade says she was writing about “a world [she] was observing”.

“I really felt shame,” she says.

“Particularly with guys, I thought ‘Oh my god, you know, I’ve written about sex’.

“[Keisha] is considered promiscuous. I presumed it would [appear to be] a reflection of me, and it would be a lot of work to persuade someone otherwise.”

Jade stopped telling anyone that she was the writer, and hoped nobody else would bring it up.

But over the past decade, conversation on social media has sporadically turned to the legendary story.

And Jade would get messages from friends from time to time to tell her that her character was, yet again, trending on Twitter.

She continued to keep a low profile while people online pondered who was behind their favourite nostalgic story.

The writer of Keisha Da Sket needs to come forward and get herself a movie deal though. For the Culture.

As Jade got older, she started going to therapy.

There, she explored why she had supressed her link to the story for so long.

In the end, she decided she was ready to come back to it.

And she wasn’t short of offers.

The book has now been published by Merky Books.

It comprises of a reflective author’s note, the original script in text speak from 2005, and a rewrite in standard English.

Jade says: “I wanted to leave it raw as it was, because it’s a time capsule. It’s got nostalgic value.”

She hopes publishing both versions of the book will make it “able to be accessed by way more people”.

Reading back some of the scenes made Jade “really stunned by [by her] apparent savviness”.

“After the gang assault, Keisha effectively goes back to some semblance of normalcy,” Jade writes in the prologue.

“At the time, I didn’t feel very hyper aware of these things.”

Jade says the reason she kept the plot line the same is because it draws on real experiences of young black women.

“That’s the truth, and that’s what happens. Girls that look like me and Keisha bury violations and move on.”

Over the past 10 years, Jade has gained two degrees and worked with young women at risk of sexual exploitation.

She currently teaches African politics part-time at a London university.

“I’ve got a very different understanding of the world of my own girlhood, of girlhood more generally, I’ve had so many different experiences.

“I thought it was important to retell the story and add some layer and texture. I wrote some things out from under my skin.”

Jade says she’s an “advocate” for telling stories from “marginalised communities”, something Merky Books prides itself on.