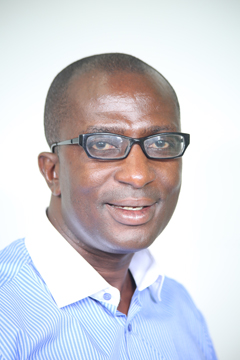 Residents of Fomena in the Ashanti Region have called on their Member of Parliament, Andrew Amoako Asiamah to quickly commence projects in the constituency.

Barely a week after Mr Asiamah was sworn-in on January 7, his constituents have enumerated infrastructural projects which they believe will give the community a facelift

“Our roads are not good, even some villages are not having schools, so now that our MP is a Speaker, we are praying that he can serve the community,” one resident said.

According to the constituents, although it is an honour to have their representative play leadership role in the House, the constituency requires immediate attention.

Some of them told JoyNews, “we are more than happy he got the Second Deputy Speaker because we were not expecting such a position to be given to him.”

“No Fomena MP has ever been a Deputy Minister more so a 2nd Deputy Speaker of Parliament, so we are very happy.”

Upon winning the parliamentary seat, Mr. Asaimah thanked his constituents for their immense support .

He also pledged to come through on his promise of making Fomena envy of other constituencies in the country.

DISCLAIMER: The Views, Comments, Opinions, Contributions and Statements made by Readers and Contributors on this platform do not necessarily represent the views or policy of Multimedia Group Limited.
Tags:
Andrew Amoako Asiamah
Fomena MP