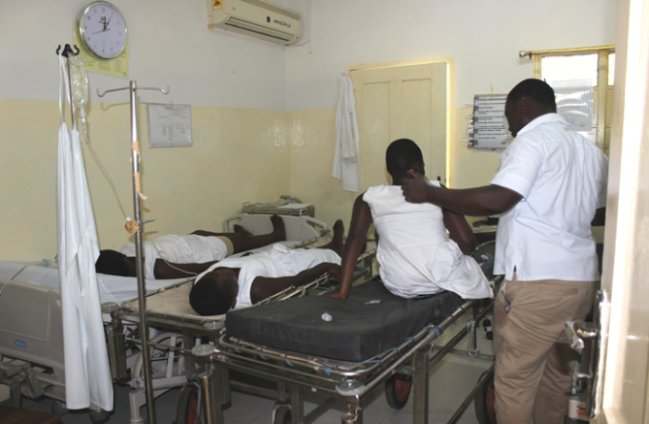 Some students of the Awudome Senior Secondary School (AWUSCO) at Awudome-Tsito in the Ho-West District have been rushed to hospitals in Ho early Sunday morning for suspected food poisoning.

The students had difficulty with their breathing and severe headaches.

The Ghana News Agency (GNA) found six of the students at the Ho Municipal Hospital, who said some of their colleagues had been sent to the Volta Regional Hospital, Ho.

They were not sure about the numbers but said they could be about 20.

Meanwhile they are all on drips at the OPD.

A Mistress at the School, who refused to give her name, said some of the students started complaining of abdominal pains, difficulty in breathing and headaches after breakfast.

Some were rushed to the hospital in taxis but an ambulance was called in when the number swelled.