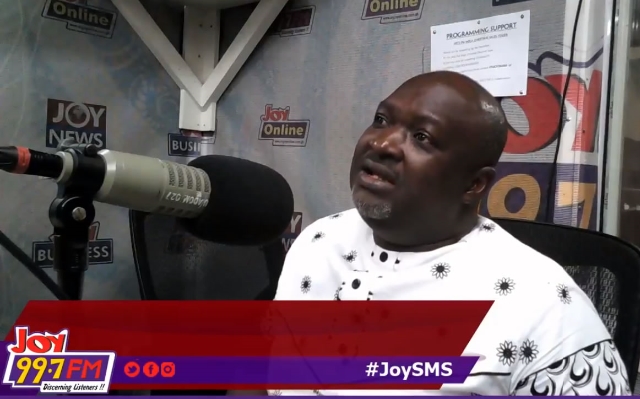 The Ghanaian doctor who played a lead role in reviving a lady during a near-fatal allergic reaction on a KLM flight recently has revealed his motivation for his life-saving action: for the dignity to mankind.

Chief Superintendent Dr Samuel Ofori says the motto of his alma mater, St Peter’s Boy’s High School, “Dignitati Hominum”, Latin for “For the Dignity of Mankind” has been the creed guiding all his endeavours.

This personal creed, he explained, also caused him to beat the tiredness that had set into his body from long hours of flight and jump to rescue the Ghanaian lady who had been retching after eating a gluten diet.

“Just do what you do and do it well…at any particular point in time,” he offered a valuable lesson on the Super Morning Show on Joy FM, Wednesday.

“I think how you are brought up also moulds the way you do your things,” he added.

Chief Superintendent Dr. Ofori, a police officer and a Doctor at the Police Hospital in Accra made headlines when together with a German Doctor, Prof Manfred Spitznas, saved the life of the Ghanaian lady on board the KLM flight from Amsterdam to Accra on Saturday.

Catherine eventually lost consciousness after vomiting, palpitating and sweating – all severe allergic reactions to the gluten in the in-flight dish.

The flight, KL 0589, had been delayed for nearly two hours at Schipol Airport, Amsterdam, due in part to poor weather conditions in Amsterdam.

Another passenger on the flight had also been bleeding before take off.

By the time the passenger who was suffering from bleeding was taken care of and the weather cleared up, passengers had been grounded for nearly three hours on the tarmac.

So exhaustion had set in among passengers on KL 0589 by the time Catherine’s reaction set in. But that will not stop Chief Superintendent Dr Ofori from improvising to save a life.

“At [medical] training, you get to a point where you need to improvise…in the spur of the moment," he told Super Morning Show host, Daniel Dadzie.

“The limited sources that you have, just use it and get the best out of it,” he explained, revealing he had to mix salt and sugar in water to prepare Oral Rehydration Salt (ORS) for Catherine because she had lost a significant amount of fluid.

Catherine incidentally called into the Super Morning Show and was full of appreciation to the Doctor that saved her life.

“You have done so much. Thank you so much, I do appreciate everything,” she said promising that Chief Superintendent Dr Ofori will always remain her friend.