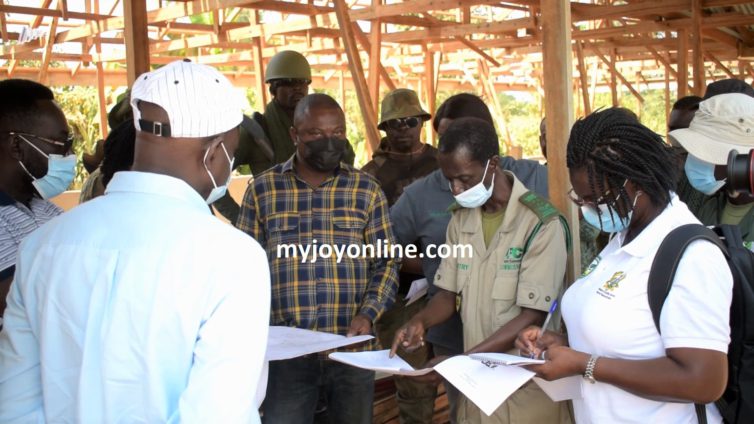 The Forestry Commission is constructing a mini-camp in the Western North Region for the military to facilitate the protection of forest reserves.

The camp, when completed, will provide accommodation for military officers assisting in combating illegal activities in forests.

In a bid to protect the Krokosua Forest Reserve and combat the increasing rate of illegal logging, the Forestry Commission is putting up a camp for the military in the Region.

Edith Abruquah is Director of Operations, Natural Forest at the Commission.

“We identified that sometimes when we receive information and verify a way, we are usually unable to act appropriately and effectively on time,” she said.

“Base on that, we decided to construct this camp so that we can have some military patrol this place,” she added.

Mrs. Abruquah revealed two other similar camps would be soon constructed in the Ahafo and Bono regions.

The Western North Region is endowed with 27 forest reserves, covering an area of 1, 852 kilometers.

The Forestry Commission observes the spate of illegal logging along the Ahafo-Bono-Western North corridor has become a threat to the forests.

Strategies are being instituted to rid the forest reserve of illegal logging.

Tetrete Okuamoah Sekyim II, Board Chairman of the Forestry Commission who also doubles as Omanhene of Wasa Amenfi Traditional Area joined the Chief Executive of the Commission, John Allotey, board members and other officials on a tour of some of the forest reserves in the area on Thursday, January 13, 2021.

“We have been informed of the illegalities ongoing here at this corridor. Sometimes, we are unable to make prudent decisions when we hear about them.

So, we decided to get all stakeholders including the government on board to tackle these organized crimes and combat it.”