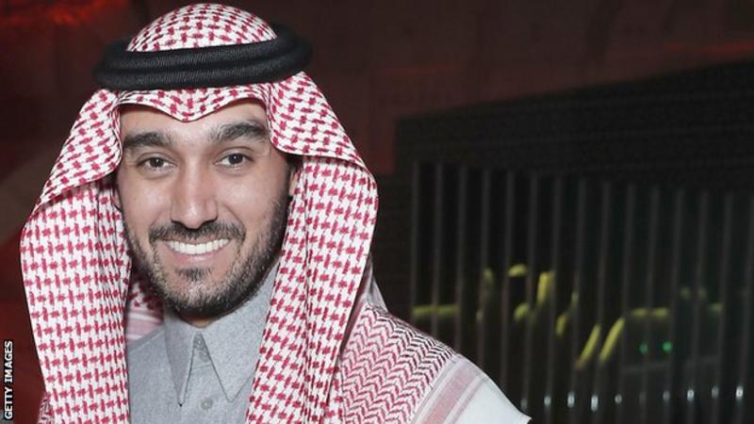 Saudi Arabia has rejected criticism after it was confirmed it would host its first Formula 1 race in 2021.

The Arab kingdom will make its debut on the grand prix calendar next year with a night-time street race in Jeddah as part of a “long-term partnership” announced by the sport.

It is understood the deal is for at least 10 years.

“Presuming this race now goes ahead, Formula One should insist all contracts contain stringent labour standards across all supply chains, and that all race events are open to everyone without discrimination,” said Felix Jakens, Amnesty International UK’s head of campaigns.

He added: “In the lead-up to the race, we’re saying to F1 drivers, owners and teams – they should brief themselves on the dire human rights situation in the country.”

Prince Abdulaziz insisted staging an F1 race in November in 2021 will result in “positive change”.

“For many Saudis this will be a dream come true. It’s a very special moment. We can showcase to the world what we’re capable of.”

F1 has faced criticism from human rights campaigners in the past for staging races in Bahrain, Azerbaijan, Russia, Abu Dhabi and China.

In a statement, it said: “We take our responsibilities very seriously and have made our position on human rights and other issues clear to all our partners and host countries who commit to respect human rights in the way their events are hosted and delivered.”

Amnesty has long criticised Saudi Arabia’s human rights record, pointing to long-standing issues including women’s rights, the treatment of the LGBT community and the restriction of free speech.

Western intelligence agencies also believe the killing of journalist Jamal Khashoggi inside the Saudi consulate in Istanbul in 2018 was ordered by the Crown Prince – something he denies. Saudi authorities blamed a “rogue operation” for Khashoggi’s death.

Prince Abdulaziz added: “If we can use sport to get people together and they understand Saudi Arabia, then why not?

“This is the biggest issue we had in the past and now people are coming and understanding the culture.

“We have to… make sure we abide with international regulations and rules, that we reflect positively towards all of this.”

Prince Abdulaziz said the race would be “the cherry on top of the cake”, with Saudi Arabia hosting a growing number of international sports events as part of the country’s ‘Vision 2030’ programme, designed to increase participation and tourism.

Formula E, the Dakar Rally, wrestling, tennis, the Spanish and Italian Super Cups and European Tour golf have all been staged in the country over the last two years. Next month Riyadh will stage two internationals women’s golf tournaments for the first time.

Prince Abdulazaiz – who enjoyed a career as a motor racing driver himself – said the grand prix would “set a standard that surpasses everything that has been hosted in the past”, and in terms of prestige and profile, eclipse Anthony Joshua’s ‘Clash on the Dunes’ world heavyweight boxing title fight with Andy Ruiz Jr in 2019.

A new purpose-built F1 track at Qiddiyah is due to be completed in 2023.

F1 chairman Chase Carey, said “Saudi Arabia is a country that is rapidly becoming a hub for sports and entertainment… and we are very pleased that F1 will be racing there from next season.

“The region is hugely important to us and with 70% of the population of Saudi being under 30 we are excited about the potential to reach new fans.”

Losing out on Newcastle United

Human rights concerns added to the controversy surrounding the Saudi-backed takeover bid for Newcastle United, which collapsed earlier this year after the Premier League failed to approve a £300m deal.

Addressing the saga for the first time, Prince Abdulazaiz said, “It’s a shame it didn’t go through but we say here that there’s always a reason for things happening or not, and we look forward to better opportunities, hopefully in the future.

“Of course there was disappointment that the deal did not go through… I’m not really sure what went wrong or what the discussions were about.”

When asked if he thought Saudi’s Public Investment Fund (PIF) may try to resurrect the deal for Newcastle United in the future, Prince Abdulaziz said: “I don’t know what PIF’s plans are, but if there’s an opportunity, they’d look into it.”

DISCLAIMER: The Views, Comments, Opinions, Contributions and Statements made by Readers and Contributors on this platform do not necessarily represent the views or policy of Multimedia Group Limited.
Tags:
Formula 1
Saudi Arabia