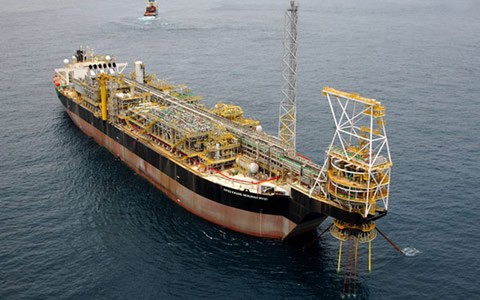 Gas exports from FPSO Kwame Nkrumah to the Ghana National Gas Company’s onshore processing plant at Atuabo was temporar­ily halted yesterday at 4pm to fix a leak in the pump of the gas export system.

Engineers are not certain how long it will take to fix the leak.

Sources said the shutdown will not have any nega­tive impact on power supply be­cause the Volta River Authority (VRA) has enough crude oil in Takoradi to power its thermal plants.

Despite the shutdown of the FPSO Kwame Nkrumah, Ghana Gas was supplying 40 million standard cubic feet of lean gas as at Monday.

Sources said that was made possible because the onshore pipelines of Ghana Gas, which also serves a storage facility, have gas in them.

Ghana Gas will only shut down completely when the volume of gas in the pipeline runs low.

However, sources said that if it is a minor leak, the plant should be back on line in some 24 hours.

Tullow communicated the un­planned shutdown to Ghana Gas, which in turn informed VRA and other downstream players.

Various challenges have hin­dered the delivery of a potential 120 million standard cubic feet of gas a day from the FPSO Kwame Nkrumah to the processing plant at Atuabo.

Since gas production com­menced, Tullow Ghana has under­taken several unplanned shutdowns of the FPSO Kwame Nkrumah as a result of faulty compressor.

In January, a faulty compressor was reported to have similarly hindered gas supply from the Ju­bilee field.

The compressor works in a similar fashion to pumps; it in­creases the pressure of the gas by reducing its volume and transports it through a pipe.

Regular supply of gas from the Jubilee fields has been hindered by the continuous failing of the field operator, compressor at the FPSO Kwame Nkrumah.

The compressor used by the oil company works in a similar fash­ion as pumps. It increases the pressure on a fluid and can trans­port the fluid through a pipe.

This reduces the gas supplied to the Gas Processing Plant at At­uabo for processing and onward supply to the VRA’s plants at Aboadze for power generation.