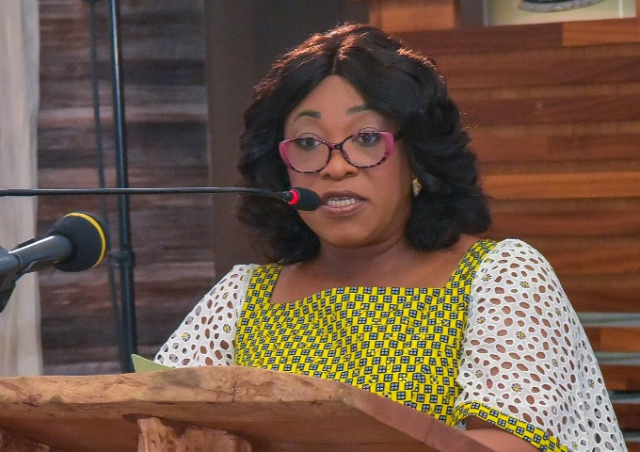 If the elders leave you a dignified language, you do not abandon it and speak childish language – African proverb

The Minister for Foreign Affairs and Regional Integration in Ghana, Shirley Ayorkor Botchwey, has reignited the debate about national languages after her recent comments at the 2019 La Francophonie week in the Ghanaian capital, Accra.

She stated that there are, “plans by government to include the promotion of the learning of French in basic schools and across all other levels of learning, as part of a general reform of Ghana’s education sector” and that “the decision to obtain French as a second language is a major concern of the Government of Ghana, in line with national priorities.”

This move has brought back the debate about what should be our official mode of communication, especially in relation to intercontinental relations. In this article, I seek to enlighten readers over the history of foreign languages, especially French in Africa. Furthermore, this article will discuss the trending developments in other African countries with regards to the language debate. In the concluding section, this article will seek to analyse what Ghana ought to be looking to with the political choice of adopting a second language.

Foreign languages such as English, French, Portuguese and Arabic came to the continent together with the migration and subsequent slave trade by the Eurasians from the 10th to the 18th centuries.

In 1884, during the Berlin Conference when the Western countries blatantly shared Africa among themselves, the colonial masters went ahead to introduce their languages in their various colonies as they sought to impose their domination and control over these colonies.

Together with the proliferation of religion, especially the going of Christian missionaries into the continent, the ways of Africans, including their language, was looked down on as primitive and backward. These missionaries and colonialists in their bid to ‘civilise’ the people, sought to demonize their ways of life, including the languages they spoke.

The French, during the late 18th century, for instance, believed that they were the superior race and hence their ideals of equality, liberty and fraternity should be adopted by the whole world and thus until 1946, the major policy of French colonial governance in Africa was Assimilation.

This policy aimed at turning the natives of Africa in the French colonies into French people by educating them in the French language and culture and subsequently making them become French citizens and equals. Essentially, the policy, which has been described as worse than slavery itself, was aimed at erasing African tradition and culture and replacing them with that of the French. The French thus proceeded to open schools in their respective colonies to teach natives both the French culture and language, with the hope that as they learned the French way of life, they would be more complacent under French rule. Apart from undermining the African culture, the policy of assimilation also eroded the powers of traditional rulers and made them puppets, so to speak, of the French. Thus, as stated earlier, their so-called civilization also implied that everything African was absurd and ungodly.

This policy has since been replaced with the policy of Association, which aims at respecting the culture of Africans. However, large chunks of the traits of the policy of Assimilation are still visible today, especially in Francophone countries in West Africa.

THRIVING OF FOREIGN LANGUAGES IN AFRICA

After independence however, most of these countries have maintained the language of the colonialists with the explanation that it provides access to all persons in their various countries. Nigeria for instance, has over two hundred languages, and so the speaking and teaching of English across the country is presumed to provide access to a larger number of people rather than choosing the volatile option of any of the three major languages.

In Ghana, English was maintained as the major language of communication and used for official functions after independence. Kwame Nkrumah’s Pan-Africanist ideologies meant he was a vocal advocate for its adoption as a continental lingua franca and this formed the key motivational factor for the adoption of Kiswahili by institutions such as the Ghana Broadcasting Corporation in 1961, Ghana Institute of Languages in 1963 as part of its founding languages and the University of Ghana in October 1964. However, the growth of the Kiswahili languages has been hit by many challenges and has since bogged down in terms of usage.

Western languages have thus been the most dominant mode of communication in most African countries, especially after the mid-20th century when most of these countries attained independence. But in 2004 at his farewell speech as the chairman of the African Union (AU), then-president of Mozambique, Joaquim Chissano surprised African leaders by delivering his remarks in Kiswahili.

At the time, the AU only used English, Portuguese, Arabic, and French as its official languages, and government officials, caught unaware, scrambled to find translators. This event later drove the African Union to introduce Kiswahili as an official language.

With Swahili speakers reaching approximately 100 million people on the African continent, it is by far the most widely spoken African language (with over 30 million more speakers than Hausa, in second, which has over 63 million speakers) and many governments and activists have moved to call for institutions, both local and foreign, to embrace the Swahili language describing it as Africa’s most “internationally recognized language”.

In 2015, Tanzania announced it would dump English and solely stick to Kiswahili as a language of instruction. Starting in 2020 in South Africa, schools will teach Kiswahili as an optional language, making it the first African language outside South Africa to be offered in class. In March 2019, Tanzania also agreed to send Kiswahili teachers to South Sudan to help the world's newest nation master the African Great Lakes region's lingua franca. All these countries have one aim: to promote unity and “social cohesion with fellow Africans.” As Quartz Africa writer Abdi Latif Dahir stated in September 2018:

The push to embrace the Swahili language comes as African countries look into plans to reform and critically assess their education systems. There’s also the recognition that the continent needs a new strategy for mother-tongue based education from primary through to tertiary level education, and to cast aside dependence on foreign languages.

This realization also arrives as African languages continue to die as governments adopt official languages while discouraging local ones, in hopes of forging a harmonized national identity.

With all these happenings across the continent, it is baffling, puzzling and mystifying that the government of Ghana is, as a matter of national priority, seeking to introduce French as a second national language to “improve regional integration” when others are emancipating themselves from mental slavery by adopting one of “ours” as an alternative national language.

In a time when there is the promotion of a nationalistic agenda to eat Ghana, wear Ghana, see Ghana etc it would be prudent to join the wind blowing across other countries to speak Africa as we flare the dying flame of nationalistic and Pan-Africanist patriotism.

Language is a tool used in the intellectual warfare and an instrument of mental neo-colonization. As we continue to break down the shackles of colonization, we should see the re-emergence of this debate as, rightly put by South Africa’s Economic Freedom Fighters party leader Julius Malema, “(an opportunity to) develop a common language that can be used throughout the continent. We need one Africa. But to achieve this, Africa needs one language that can unite the people.”