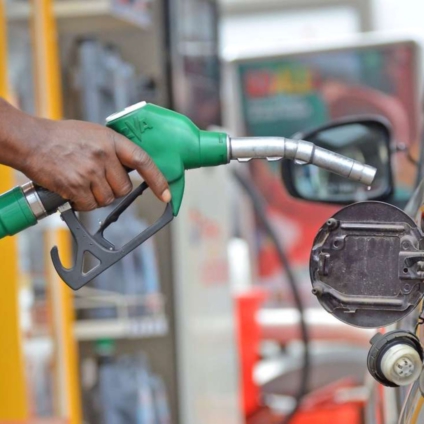 Executive Secretary of the Chamber of Petroleum Consumers (COPEC), Duncan Amoah, says Ghana’s Oil Marketing Companies are being charitable with their price increments.

According to him, taking a look at global oil price increments and the performance of the cedi on the foreign market, it was expected that fuel prices would have gone up by at least 20 pesewas.

This, he says, has not been realized in Ghana because the OMCs have taken a stance to not overburden Ghanaians.

“I do think that the OMCs are being very charitable to all of us. If you look at the forex, the figures that we had computed, you look at international market price movement, and what we are actually recording at the pumps, it looks as though so far, Total Petroleum is about the only company that has probably done about 15 to 20 pesewas.

“Most of the others in your analysis as I saw earlier are doing between 5, 6, 7, 10 pesewas; that is to say that they might even go into their margins in order that they might not overburden all of us.

“But if it was just down to what happens on the international market and what your forex position is, I’m quite certain that every single one of these players would have had to go up by at least 20 pesewas like Total Petroleum has demonstrated with their diesel prices,” he said on JoyNews’ PM Express, Wednesday.

He added that it was encouraging that the OMCs were more concerned about the plight of Ghanaians against their own need to make profit.

“They’re also mindful of the fact that this is the season for a lot of school fees to be paid, and if you go on social media people are also crying for their rent money, all kinds of renewals would need to be done within the first quarter.

“And so for me what we are seeing on the market so far is quite encouraging and we’ll be happy to encourage the OMCs not to lose sight of the fact that we the people patronizing them are hard pressed so when even prices would need to scale up sometimes they find the human face in order that they don’t inconvenience us,” he said.

Meanwhile, energy think tank, Institute for Energy Security has said fuel prices will go up by ¢0.18 per litre, representing a 2.8 percentage points surge, over the weekend.

It attributed the depreciation of the cedi, among others, as the reasons behind the slight upward adjustment in prices of petroleum products.

Already, Total Petroleum has taken the lead by increasing fuel prices at the pumps.

It’s now selling a litre of diesel and petrol at ¢6.85 and ¢6.80 respectively, representing more than a 3% hike from the previous price.

DISCLAIMER: The Views, Comments, Opinions, Contributions and Statements made by Readers and Contributors on this platform do not necessarily represent the views or policy of Multimedia Group Limited.
Tags:
COPEC
Duncan Amoah
OMCs
petroleum price adjustments