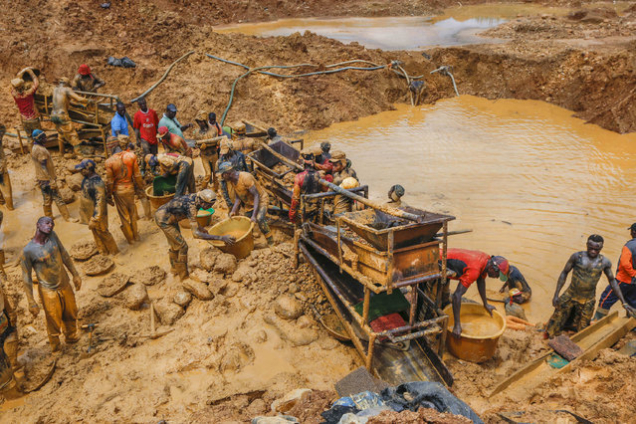 A Magistrate at the Nkroful District Court in the Western Region has been forced to move out of her government assigned bungalow due to incessant Galamsey activities behind the building.

In a letter by the Western Regional Judicial Service to the Ellembelle District Chief Executive (DCE) on July 14, it explained that the Magistrate had no choice but to relocate from her bungalow as the galamsey activities were “a threat to her safety, security and health.”

It stressed that the noise emanating from the Galamsey activities at night deprived the Magistrate of the “needed sleep” which is having an impact on her health.

“Taking into consideration all these factors, the assigned bungalow is not conducive for the Magistrate. I, therefore, write to inform you that the Magistrate has moved out of the bungalow for her safety, security and health,” the Western Regional Administrative Officer for the Judicial Service, Diana Naana Asiam stated.

The letter also noted that the “series of clashes involving Galamsey operators” posed a threat to the Magistrate’s life.

Earlier, there had been a visit by a Supervising High Court Judge, the Regional Administrator and the Regional Works Superintendent on March 5, 2020 during which they met with the Ellembelle DCE and the Coordinating Director on how to provide conducive accommodation for the Magistrate.

The Nkroful District Assembly then assured that the Galamsey activities would be stopped and the needed security and environment will be provided for the Magistrate to enable her to live peacefully.

Two years on, the letter stated that “the situation has gotten worse” leaving the Magistrate with no choice.

The letter, however, did not mention the name of the Magistrate and where she has relocated to.