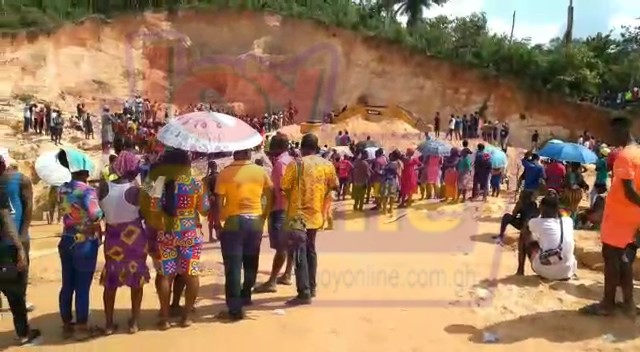 The President of the Ghana Association of Bankers, John Awuah, says heads must roll if the government is serious about the fight against galamsey.

According to him, he cannot fathom why the District Chief Executives of areas most affected by illegal mining activities are still at post whiles the illegal activity persists.

He noted that the lack of consequences in the fight against galamsey has undermined all efforts to end the canker.

Speaking on JoyNews’ Newsfile Saturday, he said those DCEs must be fired for their actions and inactions.

“If there’s no consequence for the things that have happened, there’s nothing that’s going to change the course that we are on now. People must get fired. If you’re a DCE and in your locality there is illegal mining going on, you must lose your job. It’s as simple as that,” he said.

John Awuah added that all efforts in the fight against galamsey so far have merely scratched the surface of the real issues.

He said, till government identifies and brings to book the ‘big men’ facilitating the illegal activity in the country, all efforts will come to naught.

“And we like to scratch surfaces of our problem without dealing with the underlying issue. There are too many big men in this country. ‘Big men’ who supposedly can pick a phone and everything stops. We need to get to the point where those big men are made to answer for their ills to the country.

“It is appalling the way and manner we’ve allowed this. This should not be news. One week action and I’m sure all the perpetrators who are destroying the future of this country and the livelihood of this country will just disappear in a matter of a week or a month if we are serious.

“It’s so sad that people can have the effrontery to tell us that they have permit to mine in a forest reserve, what kind of country is this?” he bemoaned.

DISCLAIMER: The Views, Comments, Opinions, Contributions and Statements made by Readers and Contributors on this platform do not necessarily represent the views or policy of Multimedia Group Limited.
Tags:
Galamsey Fight
John Awuah