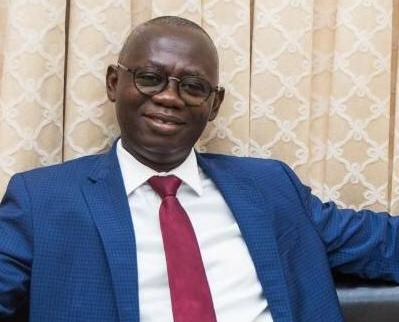 He encouraged them not to put off making plans for their post-pension lives until they had only a few years left.

“You don’t need to wait until the last minute to begin making plans for your retirement. That will leave you feeling unfulfilled. It is possible that by the time you complete active work, you will be able to build a structure where you can lay your head if you put in a strategy by starting something when you have approximately 20 or 15 years to work.”

Prof Opoku-Amankwa gave the advice when he launched a two-day staff durbar and business activation expo for GES staff on the forecourt of the GES offices.

He said the issue of people going on retirement without a house to sleep in was a general problem with the Ghanaian workforce and often, it was because they thought their income was low so they could not afford to put up a house with it.

“Sometimes, we also look at our age and think we have more years to retire and so there is more time. However, by the time we realised, the time is up for us to leave.

“We want to try to avoid this situation and that is the reason why we organised the fair. The moment you get a job, you should start planning your pension,” he explained.

Prof. Opoku-Amankwa said ever since he joined the GES, he had noticed that going on pension was almost a tango for some and the biggest challenge he learnt was that most of them did not have a place to lay their heads after retirement.

He said often, people jumped to conclusion that it was expensive to purchase a house from estate property developers, adding that in their case, they would look at all the options available for their staff to explore.

Prof. Opoku-Amankwa gave an assurance that the service would give the staff all the support they needed to own property.

He added that the service would liaise with the Controller and Accountant General Department in that regard and also make sure that all the necessary documentation needed were available for the staff to begin the process.

The Director-General said the programme would be replicated in the regions so that staff of the service there would also benefit.

Six banks and seven estate developers participated in the fair and they took turns to explain the services they had to the staff.