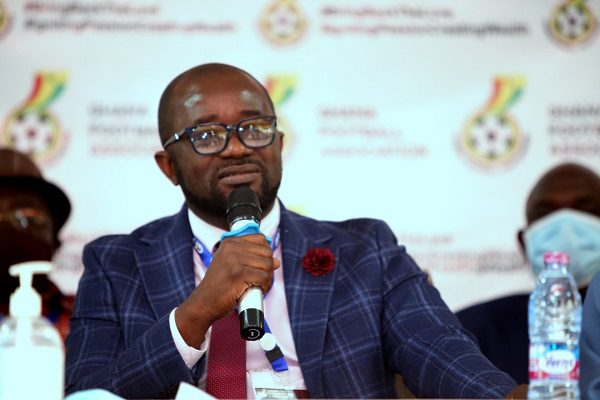 The Ministry of Youth and Sports has summoned the leadership of the Ghana Football Association (GFA) for a meeting following the painful exit of the Ghana Black Stars from the 2021 Africa Cup of Nations tournament.

In a press statement, the Ministry said an emergency meeting will be held on Friday, January 21, to “urgently discuss and take decisions aimed at salvaging the performance of the Black Stars, especially in the next set of games.”

The circular signed by Sports Minister, Mustapha Yussif, revealed that “the entire country is extremely disappointed by the abysmal performance and early exit of the Black Stars from the ongoing 2021 African Cup of Nations in Cameroon.”

According to Mr Yussif, the Ministry of Youth and Sports shares similar sentiments.

He explained that this is due to the support the senior national soccer team has received from the government in terms of logistics and finances. The sector Minister said a much better performance than what was exhibited in Cameroon by the team, was expected.

“With the government providing the team all the needed logistical and financial support, including resources for preparation and participation in the qualifier stage to the tournament and eventually a pre-tournament camping in Qatar, the Ministry is particularly disappointed with the team’s performance.”

Meanwhile, the Ministry of Youth and Sports has assured the general public of its commitment to ensuring that the Black Stars is restored to its status as a symbol of national pride and a powerhouse of African football.

The Black Stars of Ghana on Monday, January 10 faced Morocco in their opening game at the 2021 Africa Cup of Nations.

Many were concerned about the not so encouraging start; however, still hopeful the Black Stars will stand on their feet in their subsequent games.

Their third and final game in Group C against Comoros determined if Ghana will progress to the next stage or go home.

The Black Stars on Tuesday, January 18, blew away their chance and were sent packing. Comoros beat them by 3 goals to 2.

What next for Black Stars after AFCON

After the Black Stars knockout, several Ghanaians are calling for the disbandment of the current national team and the removal of head coach, Milovan Rajevac.

Former President of the GFA, Dr. Nyaho Nyaho Tamakloe and the Member of Parliament for North Tongu, Samuel Okudzeto Ablakwa are among such individuals.

“The first thing is to dissolve it entirely and look for a new competent coach,” Dr. Tamakloe said on Joy FM’s Super Morning Show on Wednesday.

In a Facebook post, Mr. Ablakwa noted that, “the team must be immediately dissolved, the coach sacked, and a full-scale national public inquiry launched into why Ghana football is in such a sorry mess. Ghana’s day of self-inflicted international shame!”

According to Mr. Ablakwa, this must be done immediately as “the current team is not formidable to even come up against the Female Keep Fit Club in North Tongu.”

Following the Black Stars defeat against Comoros, Milovan said he will not leave his post despite the team’s exit.

In his post-match conference, he said: “I will stay and lead Ghana in the World Cup qualifiers in March. I believe we have a team that can become stronger and get to the World Cup.

Mr. Rajevac told Ghanaians that he has handled the team for just three and a half months, hence “don’t expect magic.”