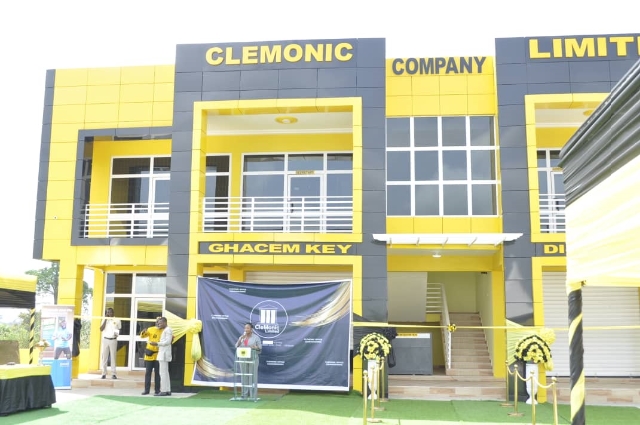 CleMonic Limited, Ghacem’s current top distributor has commissioned an ultramodern office at Adankwame located on the Barekese road in Kumasi in a bid to boost sales of the quality cement product.

The office will serve as the company’s head office to handle the administrative activities for efficient sales of the Ghacem cement and other construction materials the company distributes.

The commissioning ceremony, which was held last Wednesday, brought together traditional rulers and stakeholders in the cement industry.

Welcoming guests, Chief Executive Officer of CleMonic Ltd, Mr Clement Effah, expressed delight the commissioning of an ultramodern office as a dream that started as a small shop at Ohwem ten years ago.

“The dream was to move from a retailer to a distributor and although there were ups and downs we have finally achieved this,” he said.

This he said, was as a result of the determination to set the pace and raise the image of the industry as a true ambassador of the quality Ghacem cement.

“As a company, we chose to trade with only Ghacem cement and brand our offices with Ghacem colours because we believe in the quality of the Ghacem cement as the true nation builder,” he said.

Speaking on behalf of Ghacem MD, the Commercial Director, Nana Phillip Archer, said Ghacem was proud to associate with CleMonic as a promising distributor who started from a humble beginning and is now the top distributor of the Ghacem cement in Ghana, West Africa and beyond.

“The first time I met Clement Effah I could foretell from his dedication, discipline, creativity and passionate character that he will succeed,” Mr Archer, who is also the Kyedomhene of Assin Juaben-Atandansu Traditional Council in the Central Region, said.

He gave the assurance that Ghacem will remain committed to providing support to all its distributors and customers across the country.