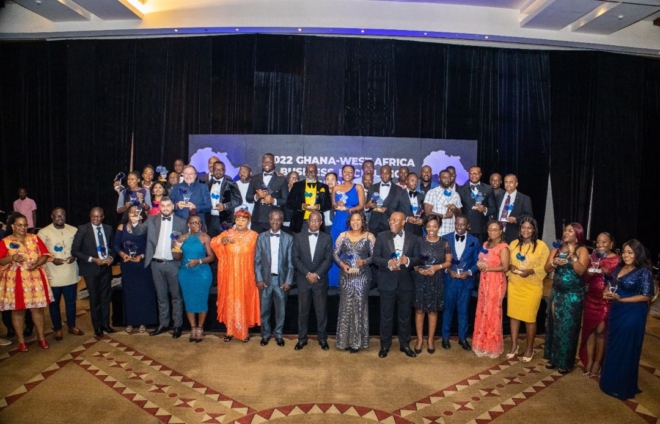 Some outstanding businesses and corporate leaders have been awarded at the 2022 Ghana West Africa Business Excellence Awards.

They were celebrated and applauded for making tremendous contributions to the business ecosystem in Ghana and West Africa.

The Ghana – West Africa Business Excellence Awards provided a platform to recognise individuals and companies that create a friendly atmosphere to welcome investors and/or play a significant role in developing various sectors in Ghana and West Africa.

The awards also recognised the industry’s merits and set a benchmark for excellence, whilst rewarding innovative ideas that have pushed the boundaries of what is possible.

It recognised excellence in industries, sectors and individual/personality excellence.

Emirates is the world’s largest international airline helping to connect Dubai to the world and the world to Dubai.

The Little Cow Consulting Limited is an international full-service strategy and marketing company.

With offices in Ghana and Rwanda, TLC supports indigenous African and global organisations in Africa to optimise their value creation potential with unconventional, high-quality, end-to-end solutions.

Ghacem was founded by the Government of Ghana in collaboration with Norcem (now Scancem) of Norway on 30th August 1967 under the guidance of the late Dr J. A Addison.

It was established with high hopes of a prosperous industrial future. Presently, it has two factories in both Tema and Takoradi.

Ghacem has paid over ¢1trillion to date in taxes to the Ghana government since its inception. Its dividend payment to the government of Ghana is also over ¢25 million

Ghana Union Assurance started as the Insurance Division of UAC (now Unilever) during the Gold Coast days when Northern Assurance Company of Britain appointed UAC as its chief agent to offer all classes of insurance.

In 1962 it ceded its life business to the Crusader Insurance Company. It became a Ghanaian owned company in 1992 when Commercial Union Assurance Company of the United Kingdom sold its interest to existing shareholders.