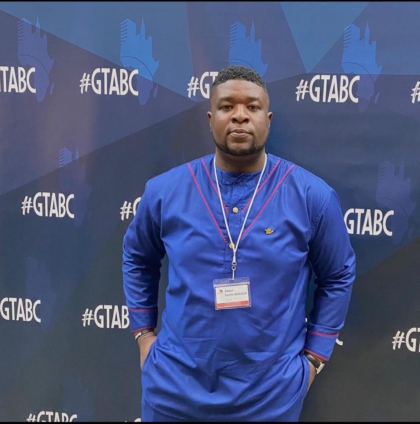 The Co-founder of Afrochella, Abdul Karim Abdullah has revealed the need for government to revive the country’s defunct airline.

According to him, the move will encourage more patrons and tourists to visit the country.

Speaking on XCLUSIVES show with Noella Kharyne Yalley, Mr Abdul sighted a number of things that pose as a challenge to the organisation of the Afrochella festival.

One of them, according to him, is the high cost of flights to Ghana, during the festive season. He says it discourages a lot of people from visiting the country and attending the festival.

“Ghana not having its own airline is also a barrier for us. Ghana Airways should be revived, it gives us the opportunity to bring more people into the country. The cost of coming to Ghana is very expensive, people pay thousands of dollars for flights and in Ghana, there’s also a ‘December tax’, so people pay a little bit more for house rents, food and that could be a barrier for people.”

Abdul added that most tourists that attend the Afrochella festival, leave with good reviews about the country’s safety and beauty.

“Everyone that comes to Ghana, leave very satisfied and fulfilled. I haven’t really heard anyone that has come on our behalf, experience anything that has put their life in danger”, he said.

Founded on 4 July 1958, Ghana Airways was the flag carrier of Ghana, with its main base of operation and hub at Kotoka International Airport in Accra. The airline ceased operations in 2004

In 2002, Ghana Airways was deep in debt and had a DC-10 seized by a creditor at Heathrow Airport in London. The airline admitted that it needed to find a partner to survive and, in 2003, signed an agreement with British Midland that saw an Airbus A330 used for long-haul flights.

In 2004, after ignoring warnings related to its aircraft safety, the United States banned Ghana Airways flights.

Subsequently, the entire board was sacked with the Ghanaian government taking over operations. Unable to service its debt and the government’s refusal to put in more money, Ghana Airways ceased operations in June 2004.

In 2020 the Government of Ghana announced that it had signed a memorandum of understanding (MoU) with EgyptAir to restart Ghana Airways. So far, nothing has materialized, and the airline is yet to resume flying.