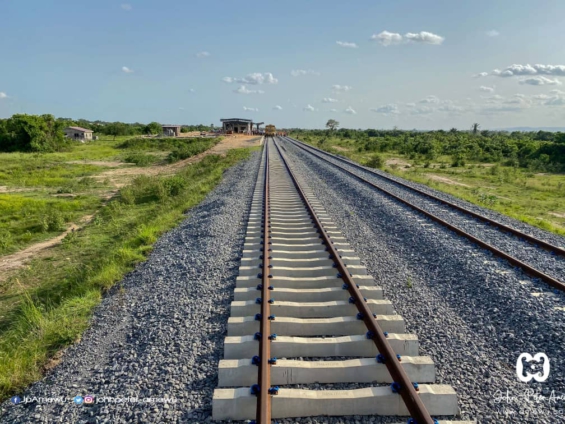 The about one thousand one hundred kilometre railway interconnection between Ghana and Burkina Faso is expected to begin by the middle of next year all things be equal.

This is the timeline from both countries towards the project as three successful bidders have been shortlisted for the project.

The line which will also connect two regional capitals in Ghana will be used as another form of transportation and open up trade between the two countries.

The vision to have a railway interconnectivity between the port of Tema and the capital city of Ouagadougou remain a key priority due to its importance in accelerating the socio economic growth and development of Ghana and Burkina Faso.

The bidders’ conference in Accra was to open up some discussions between the two governments, the bidders and the concessionaires on the project.

The three bidders that were engaged at the bidders’ conference which includes Frontline Investors Thelo BD, Mota Angel Africa and Siemens AIIM are expected to submit their technical and financial proposals by July this year to enable the two countries continue with the process.

According to Railways Development Minister, John Peter Amewu, the project is on course as planned.

“There are many considerations that must be taken into the project due to its nature; and we found this as the platform for that because many of them [railway projects] are critical to us as a government and as investors”.

“These are critical to the timelines which is by the second quarter of next year to begin some physical construction works”, he emphasized.

On his part, the Minister for Transport, Urban Mobility and Road Safety of Burkina Faso, Vincent Dabilgou noted that his country cannot wait to see this rail line operating.

“We in the Burkina Faso see this as an urgent project even more than Ghana, so our government is committed to it.”

“Our President has given orders and land demarcation has been done and released for this important project because it’s a very huge economic importance”, he explained.

The line stretches from Mpakadan through Hohoe and Yendi to the capital of Burkina Faso, Ouagadougou.

DISCLAIMER: The Views, Comments, Opinions, Contributions and Statements made by Readers and Contributors on this platform do not necessarily represent the views or policy of Multimedia Group Limited.
Tags:
Ghana-Burkina Railway Interconnectivity
John Peter Amewu
Vincent Dabilgou