‘Ghana has a strong record of security’ – UK High Commissioner 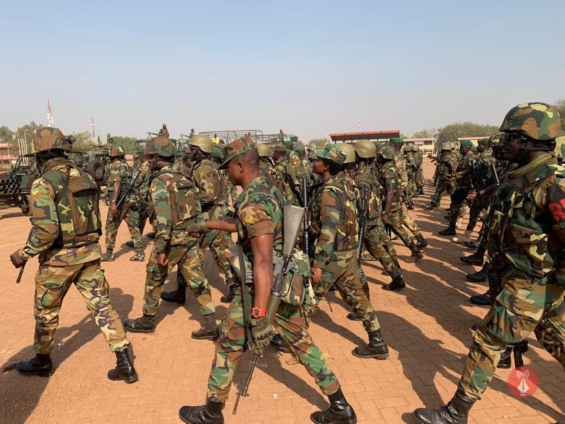 In an interview on a yet-to-be-aired edition of The Probe on JoyNews, she noted that Ghana is a ‘safe’ country to live in.

She emphasised that the country also “has a strong record of security and stability.”

Ghana’s preparedness for any terrorist insurgence has been questioned by some experts.

In July, the Head of Academic Affairs and Research at the Kofi Annan International Peacekeeping Training Centre (KAIPTC), Professor Kwesi Aning revealed that Ghana is not adequately prepared to withstand any terrorist attack.

However, government has introduced various measures including the “see something, say something” initiative.

Mrs. Thompson noted that “What definitely is changing is the picture in the region surrounding Ghana and particular the insecurity and instability and the Sahel and the rise of extremist groups in the Sahel and the increase in the number of attacks.”

When asked why Ghana remains untouched by terrorists, she explained that Ghana is a hard target for terrorists due to protective measures which makes it possible to minimize existing risks for attack.

Also, comparing Ghana’s level of security to countries that have suffered terrorist attacks, the UK High Commissioner noted that “Ghana is really focused on its ability to respond, if it comes.”

She however did not rule out the fact that Ghana might experience attacks in the future,

“Sadly, I think we have to accept reality that one day or another, there is probably going to be a terrorist attack in Ghana in the same way that there has been elsewhere in the world,” she stated.

Meanwhile, President Nana Akufo-Addo has announced the deployment of additional security to Ghana’s border with Burkina Faso in order to prevent the country from becoming a battleground for terrorist activities.

He also announced the formation of a “standby force” to fight the insurgencies.

According to President Akufo-Addo, only a strong collaboration between citizens and security agencies can help defeat insurgents who have prioritised Ghana as the next target for attacks hence the move.

“But even within our limited means, the standby force is being created. The various nations that I’ve mentioned to be able to also give us some robust capacity to meet the terrorists. That is the major security preoccupation for all of us along the coasts.

“It is better for us to spend limited amount of money we have now defending ourselves against the penetration rather than allowing it to take foot and then, of course, you’re involved in the huge expenditures and huge damage to the population and to the economy, etc.,” he explained.

DISCLAIMER: The Views, Comments, Opinions, Contributions and Statements made by Readers and Contributors on this platform do not necessarily represent the views or policy of Multimedia Group Limited.
Tags:
Ghana
Harriet Thompson
Security