Ghana loses Bellarabi to Germany, as Loew invites him for Euro matches - MyJoyOnline.com

Ghana loses Bellarabi to Germany, as Loew invites him for Euro matches 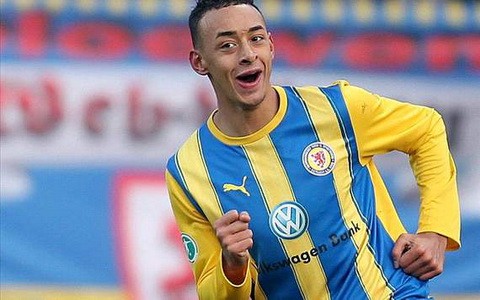 The Bayer Leverkusen attacking midfielder was born in Berlin but was also eligible to play for Ghana and Morocco because his father is a Ghanaian and his mother a Moroccan.

Efforts by the Ghana FA to lure the youngster proved futile over the years and if he gets to play any of the lineup matches he then cements his nationality as a German.

Bellarabi is enjoying a breakthrough season and Loew says he is an "excellent option for our attack."

Defender Mats Hummels returns, along with 15 other players who won the World Cup title in Brazil.

Bastian Schweinsteiger, Sami Khedira, Benedikt Hoewedes, Marco Reus and Mario Gomez are all out with injuries and Kevin Grosskreutz was dropped.

Max Kruse of Borussia Moenchengladbach returns to join Bayern Munich's Mario Goetze as one of the two strikers nominated.