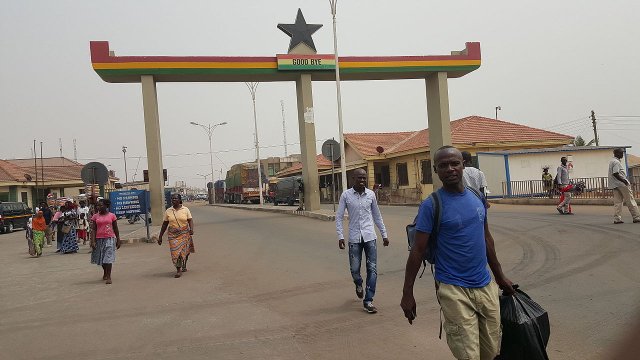 Ghana has firmed up the protocol for inbound traffic from countries affected by the fast-spreading coronavirus (COVID-19) in a bid to prevent the disease from entering the country.

President Nana Akufo-Addo revealed this on Wednesday, March 11, 2020, in a televised national address on measures government has put in place in the wake of the coronavirus outbreak that has now been declared a global pandemic by the World Health Organisation (WHO).

He explained that a recent directive from the Jubilee House banning all ministers, Deputy Ministers, Metropolitan, Municipal and District Chief Executives (MMDCEs) and heads of government agencies from foreign travels is among measures to quell a possible outbreak of the disease in Ghana.

Apart from revealing that there have been major enhancements of protocol for travellers entering Ghana from countries that have confirmed cases of the deadly zoonotic disease, he did not provide details of these enhanced protocols.

Already, cases of the coronavirus that emerged in the central Chinese city of Wuhan in late December 2019 are being reported daily around the world.

Currently, more than 4,200 people have died globally from COVID-19.

Also, more than 118,000 infections have been confirmed in dozens of countries, according to the WHO.

All three of Ghana’s immediate neighbouring countries – Togo, Ivory Coast and Burkina Faso – have confirmed cases of the disease, raising fears that the virus may soon hit Ghana.

The President alluded to a high potential of a possible outbreak of the disease in Ghana when he said, “the ministry of information is leading a nationwide public education campaign on preventive measures that we must all observe to ensure that we are able to control the spread of the infection should we record any infection in the country which mercifully, so far, we have not, but by the law of averages we shall.”

Also, Nigeria, Senegal, Cameroon, and Democratic Republic of Congo have confirmed cases of the virus.

In the televised address, Nana Akufo-Addo urged Ghanaians to “as much as possible desist from all foreign travels except the most critical ones until there is a grip on the virus.”

He promised that a weekly update on the disease will be provided by the Information Ministry, but should the need arise, there will be more frequent updates.