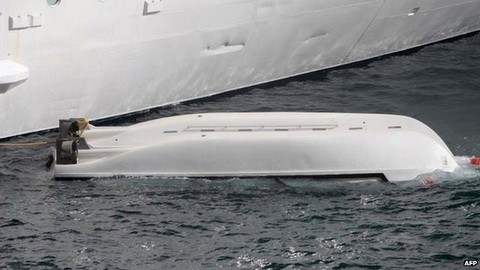 Five crew members including a Ghanaian have died after a lifeboat they were in fell from a cruise ship docked in the port of Santa Cruz de la Palma in the Canary Islands.

The accident happened on the Majesty, operated by UK-based Thomson Cruises, during a routine safety drill.

Those killed include three Indonesians, a Filipino and a Ghanaian. The identity of the Ghanaian has not been disclosed. Three people were also hurt as the boat reportedly fell more than 20m into the sea.

The MS Thomson Majesty is believed to sail under a Maltese flag.

An estimated 1,400 people were on board the cruise ship when the accident occurred around 12:00 GMT on Sunday.

None of the passengers were involved.

Two of those injured are said to be Greek, and a third Filipino.

The ship had been due to sail on Sunday to the Portuguese port of Funchal on the Atlantic island of Madeira, the Associated Press news agency reports.

Thomson Cruises said in a statement: “We are working closely with the ship owners and managers, Louis Cruises, to determine exactly what has happened and provide assistance to those affected,” the statement added.

The UK Foreign Office said it was aware of the incident and was “urgently looking into it”.

Jim McArthur, a British passenger on the ship, said he was settling down for lunch after a walk in La Palma when “there was a sudden thud and I joked to the wife that someone had run into us”.

“Then people started going to the windows and when we looked down you could see the boat in the water upside down.