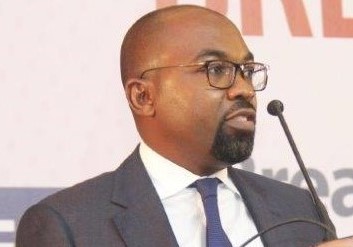 The outgoing Resident Representative of the International Monetary Fund, Dr Albert Touna Mama, is optimistic Ghana’s economy will bounce back from its present challenges including rising inflation and the exchange rate depreciation.

According to him, the country’s economy will return to the path of growth and stable macroeconomic environment, and therefore Ghanaians and investors should have confident in the government.

Speaking in an interview with Graphic at a farewell dinner, he said Ghana has a proud history of coming out of challenges in ways that had built strong buffers and adequate resilience for the future.

Ghana’s economic predicament has led to the country being downgraded by all the three top global rating agencies – Fitch, Moody’s and S&P. This has denied it access to funds on the international capital market.

Again, prices of some goods and services have gone up significantly, whilst the rapid depreciation of the cedi have impacted on the cost of living and doing business in the country.

But Dr. Touan Mama is confident the country will overcome these challenges.

“I am confident about the country’s resilience”

“This country has known a lot of shocks and we have navigated those together. There is no reason it cannot navigate the current ones,” he stressed.

Dr Touna Mama’s successor is due to be announced by the IMF later this month, in line with its operational structure.

He took over from Dr. Natalia Koliadina.

Who is Dr Touna Mama?

Until that appointment, Dr. Touna Mama worked at the African Department of the International Monetary Fund in Washington DC, USA.

Before joining the IMF, Dr Mama worked with the International Department Bank of Canada in Ottawa.

He was also a senior lecturer at the School of Economics at the University of Cape Town.