GHPL: Why Medeama are title favourites 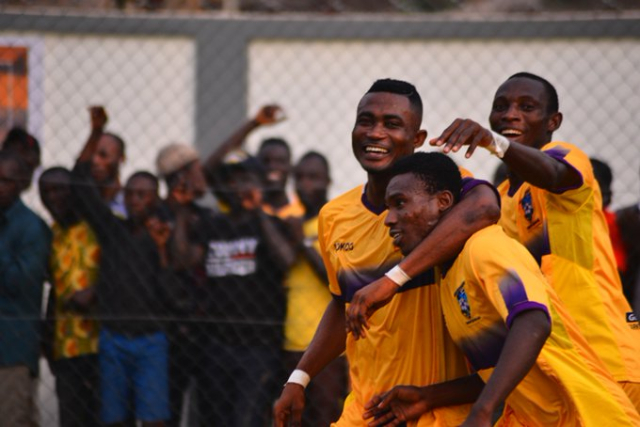 Medeama have had an amazing start to the season, blowing away Hearts of Oak and Kotoko, while remaining unbeaten. Yet, Aduana Stars, Ashgold and even Kotoko are regarded as more credible candidates for the title.

Here is why Medeama cannot be overlooked.

In 2016, Medeama S.C broke tradition by hiring Samuel Boadu, a man without Premier or Division One League experience, as head coach. The club had adjusted its focus and gone were the days it would hire expatriate coaches like Hans Van der Pluijm and Tom Strand. Or established local coaches like Evans Adotey, Bashir Hayford or the late Yusif Abubakar. So they went the modest way and hired Boadu; a path that required among many things, patience.

Patience is a rather scarce commodity in our country. Yet, it is also what Medeama have found and handed Samuel Boadu for four years. In that period, they have assembled a good mix of exceptionally talented and experienced players through an impressive scouting network, meticulous planning and necessary adjustments to find the right fit.

Your average Premier League team is made up of bits and pieces of different coaching ideologies. Players brought in by different coaches who did not get the time to build a team. Medeama are an exception. While it is true that some players at the club pre-date Samuel Boadu’s appointment, the difference here is that he has had the luxury of time, a management and board that share his vision and have therefore supported him every step of the way. So he has been afforded time. Time he has used to whip this team into shape; chipping away piece after piece, all the while maintaining the essentials and adding where necessary, until arriving at what now looks set to challenge for the league title.

If Kotoko, Ashgold or Aduana were to lose talismanic figures like Emmanuel Gyamfi or Yacouba or Justice Blay, Shafiu Mumuni or Yahaya Mohammed, chances are that they would struggle to replace them. Not Medeama. Boadu’s longevity at the club has seen him manage different setbacks in building this team and has not at any point, looked in danger.

‘When I took this job, I understood the business aspect that required getting players ready for a certain market and that their exits could be sudden. So I’ve tried to find contingencies before time’ he says. This explains why they lost Akwasi Donsu and Ibrahim Yaro for a year and still looked a brilliant team. Also explains why even without Rashid Nortey, or Donsu featuring regularly, Medeama have a midfield most teams would envy.

Beyond the options, Boadu finds in players, he is tactically astute. Take the game versus Hearts of Oak for instance. ‘I knew they would go after our midfield very early so we had to adjust our approach and also prepare for in-game scenarios and how to be able to trouble them while managing those’. And the result? Well, ask Hearts of Oak. They suffered a 3-0 loss including an early goal. Boadu is thorough, meticulous and a tactic freak. Nothing takes him by surprise and that is why he will most likely have a solution to every adversity or set back his team faces in their title chase.

Chemistry and the potential to peak together.

Medeama have never lacked quality. They have great players who have won trophies and have done well on the continent too. So this generation of brilliant players are not exactly ‘special’. What is special about them, however, is the fact that they seem to be, not only progressing together but are likely to peak collectively. Not as individuals, but as a team, growing individually to accommodate the strengths or weaknesses of their teammates. That is what is truly unique. In the past, Theophilius Anobaah or Enock Atta Agyei or before them, Richard Mpong and Kwabena Edusei did outgrow the team. Two seasons ago, it was Donsu who looked a level above his teammates. Things are different this time.

Richard Boadu’s progress has coincided with that of Michael Yeboah. The understanding between the pair is remarkable. The distance between them when in and out of possession is just delightful to watch. They communicate well and at any point know just the right spacing between them. And its not just these two. There is a similar synergy between center backs – Ali Ouattara and Daniel Egyin – and Richard Boadu.

In the third phase, everyone raves about Prince Opoku Agyemang, Eben Ackhabi and Agyenim Boateng. They are individually great but even better together. The hours of intensive training on movements, spacing and attacking play, is the result of what we see today. Whether they are combining with full-backs, midfielders or with themselves, they work a treat. Easy to see why they are averaging two goals per game; two on the road and two at home.

For teams that win things, they win, in part, because they have options that are as good as the regulars and can perform for sustained periods in the event teammates are out for long spells. This is where momentums can be lost. This is also where Medeama will trump many teams. On the bench last Sunday were Donsu, Yaro and new sensation Nana Kofi Babel.

Since returning from his loan spell, Donsu has started just one league game; the 1-1 draw away to Liberty Professionals – because he is not back to his best having missed Medeama’s preseason training. Ibrahim Yaro has started none but has been on the bench for every game. Eric Kwakwa and Rashid Nortey – the best player in the team and potentially the best central midfielder in the country – have not featured at all and only began training recently. On reputation alone, Donsu and Nortey will start for every team in this country. Similarly, there a lot of teams that could do with Eric Kwakwa and Ibrahim Yaro is a player a number of teams courted until he travelled. Yet, Medeama are blowing teams away without them. A few weeks from now, all these players will be in good shape to an add an extra layer of depth to an already loaded squad.

A shift in mentality

For many years, Medeama have shied away from any talk of winning the league. It was hard accept given the teams they have had, the management behind them and the financial behemoth fueling the club. Instead, they prioritized the F.A Cup, a competition they have won twice. Even then, journalists and fans did not understand. All of that has changed now.

After spanking Hearts for 3 two weeks ago, Akwasi Donsu gave the first hint of that. Actually, he did more than give a hint. He made a declaration.

‘We may well win the F.A Cup but it no longer excites the people of Tarkwa, neither does it excite us. We will just be another group to have won it for this club. The league title is the next step and that’s what I personally want to win. It is what can never be forgotten’ he told me. Not too long after that, other management members were speaking the same language. After yesterday’s win over Kotoko, it is even more profound now.

It is not the fact that they desire it that matters. It is how that desire, has affected the attitude of management and the playing body towards games. In the past, victories against Hearts and Kotoko were celebrated. There has been times when players have been treated to team parties in the guise of team bonding meetings after notching wins over those two clubs. This time, there was a nothing like that.

There is a growing sense among this group that it belongs among the serious title contenders, a feeling emboldened by the momentum they have gathered early on. Medeama no longer pick and choose games. They play each game as though it were a cup final. As though they were going for the holy grail, but then again, they are.

DISCLAIMER: The Views, Comments, Opinions, Contributions and Statements made by Readers and Contributors on this platform do not necessarily represent the views or policy of Multimedia Group Limited.
Tags:
GHPL
Medeama