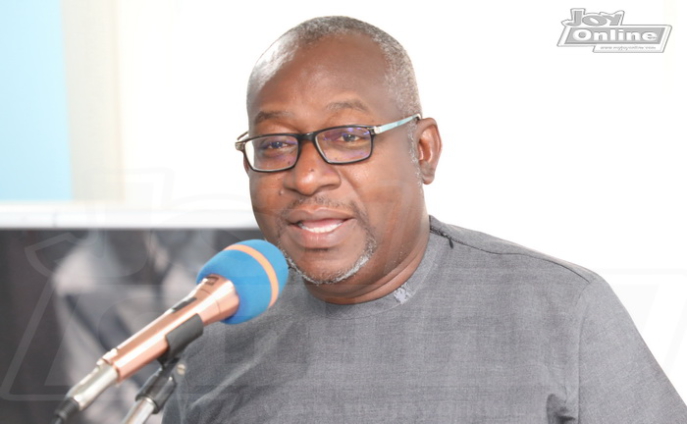 The High Court presided over by Eric Baah on August 16, delivered its ruling in favour of the Association.

GIBA sought among other things, a judicial review in order to quash the decision of the National Communications Authority’s (NCA) establishment of its Minimum Requirements for the Reception of Digital Terrestrial and Satellite Television service it published in December 2019.

The Court held that the System in which the NCA has made a requirement, for the importation of television sets and set-top-boxes (decoders), enables it to impose and collect an electronic tax in the form of TV License Fees, in the absence of any substantive or subsidiary legislation to that effect, amounts to Jurisdictional Error by Excess of Jurisdiction.

Hence, the provision made for the inclusion of CAS for Free-to-Air TV receivers was illegal and, therefore, quashed.

One other key takeaway from the judgement is the emphasis on the continuous need for open and honest engagement with stakeholders to foster partnerships in formulating policies, not just for the media industry but in all other sectors, especially when policies that affect them are being developed.

Pursuant to government’s policy of migrating from analogue to digital television transmission, there was a need to review the Standards of television receiving equipment in the country.

The Ghana Standards Authority (GSA), in pursuance of its powers established under the Standard Authority Act, NRCD 173, set up the Technical Committee – TC24, and published the first set of Standards for TV Receiving equipment, referred to as GS 1099: 2014.

The Committee drew its membership from officials of the Ministry of Communications (MoC) now Ministry of Communications & Digitalisation (MoCD), GSA, NCA, GIBA, Ghana Institute of Engineers, Consumer bodies and other stakeholders, who over a period of time came up with the Standards to be adopted for Free-to-Air television receiving equipment in the country as far as the migration from analogue to digital broadcasting was concerned.

However, on December 30, 2019, the NCA, an agency under the Ministry of Communications & Digitalization (MoCD), published a policy document indicating the Ghana Minimum Technical Specifications for DTT and DTH for Free-to-Air TV Reception on their official website, which was at odds with the GSA Standards that all stakeholders had agreed upon.

The release by the NCA requiring the broadcast industry in Ghana and all Ghanaians to acquire a specific type of decoder or integrated digital TV set meant that all existing free-to-air broadcast signals, which are currently accessed by viewers throughout the country would be controlled with a Conditional Access System before anyone could continue watching any broadcast of a free-to-air television programme in Ghana.

It also meant that one must pay a fee to access information from the TV programmes like in the case of a subscription-based television (Pay TV) service.

The NCA’s CAS requirement as minimum specification was also rejected by GIBA because this would require that all DTT free-to-air TV programme transmissions will be encrypted (blocked) in line with their policy.

GIBA has consistently indicated that the authorisation category and business model of its Free-To-Air TV members, requires them to broadcast their contents to the general public in the clear (for free) without content encryption, as recognised by the International Communications Union (ITU) and as authorised by the NCA.

GIBA maintained that its TV members’ choice to broadcast free-to-air, is their contribution to the need for open and free access press service as a medium for mass communication in a democracy such as Ghana, which is guaranteed by the 1992 Constitution.

The role of the broadcasting media, particularly the television press service in Ghana’s maturing democracy cannot be over-emphasised, especially because of its capacity to reach all citizens with vivid audio-visual content and events as they happen.

It is arguably the most patronised mass medium of communication and of the press, with over 99% of TV households in Ghana relying exclusively on it (source: GSS: GLSS 6, 2014).

The broadcast media in Ghana has been relatively free since 1994, with the establishment of private broadcasting stations which currently dominate the space after the promulgation of the 1992 Constitution, giving the opportunity and platform to both the affluent and less privileged to participate in national discourses towards the governance and development of our dear country, with their various contributions to nation building. GIBA has since 2017 objected to the introduction of systems of control on Free-to-Air television broadcasting, in contravention of the freedoms guaranteed the media in Chapter Twelve of the 1992 Constitution, due to its ability to lockdown the liberalised airwaves and send the nation back to the days of government monopoly and controlled media.

This judgement has brought clarity to GIBA’s vehement rejection of the NCA’s policy to introduce the Conditional Access System for blocking and controlling access to the contents of its Free-To-Air (FTA) broadcasting members.

The court found merit in GIBA’s submission that the Conditional Access System will affect the services of its FTA broadcasting members and therefore has the right to approach the court to seek redress.

GIBA and the entire media fraternity look forward to future inclusive engagements with the National Communications Authority, National Media Commission, Ministry of Communications and Digitalisation, Ghana Standards Authority and other stakeholders, in order to facilitate the successful completion of the Digital Migration Programme and improved DTT services in Ghana.