GJA assures journalists of their support after election coverage 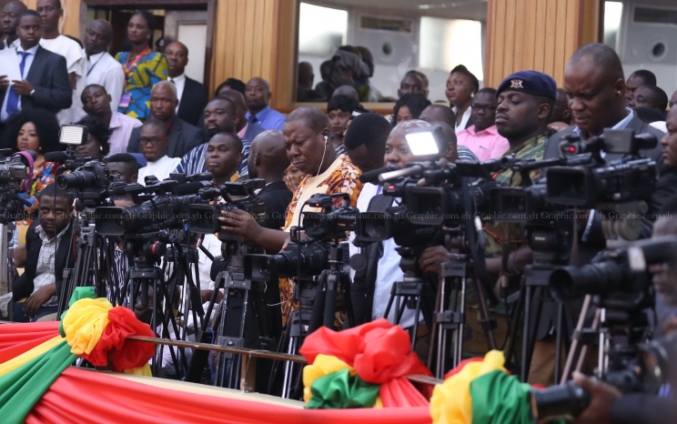 The Ghana Journalists Association (GJA) has reiterated its commitment to pressmen post election 2020.

In a press statement, President of the outfit, Roland Affail Monney, acknowledged the challenges and risks associated with the just-ended elections and praised the tenacity and reportorial skills displayed by journalists during its coverage.

“This has been an election with heightened tension, tremendous challenges and enormous risks occasioned by gunshots which left two journalists critically injured at the Ablekuma Central Collation Centre in Accra.

He indicated that although there were a “few instances of imperfections in the coverage”, the media, generally speaking, excelled in their duty to the nation.

He, however, condemned the threats and attacks targeted at members of the press by some political party sympathisers.

According to the Association, “nothing justifies the verbal attacks, blazing threats and cyber-bullying being perpetrated against certain journalists and media houses for performing their electoral duty and executing their constitutional mandate. The anti-media brew which is bubbling in certain political circles is inimical to press freedom and dangerous to our democracy”.

Mr. Monney charged journalists to remain steadfast, unwavering and unintimidated in the professional discharge of their duties.

Meanwhile, the Association has partnered with the State Insurance Company (SIC) to secure a recovery package for journalists in the country.

This is intended to support journalists who were assaulted during the coverage of the elections.

DISCLAIMER: The Views, Comments, Opinions, Contributions and Statements made by Readers and Contributors on this platform do not necessarily represent the views or policy of Multimedia Group Limited.
Tags:
Election 2020
GJA
Media
Roland Affail Monney