GMOs were not designed to succeed in Africa – Canadian Professor - MyJoyOnline.com

GMOs were not designed to succeed in Africa – Canadian Professor 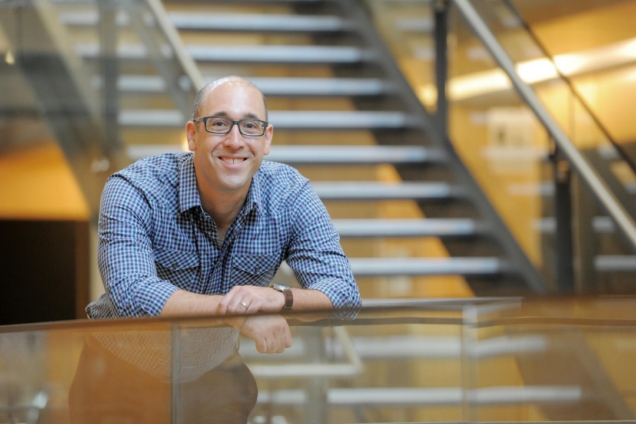 Associate Professor at the Department of International Development Studies at the Dalhousie University in Canada Matthew Schnurr says Genetically Modified Organisms (GMOs) were not designed to succeed in Africa.

In his latest book titled “Africa’s Gene Revolution: Genetically Modified Crops and the Future of African Agriculture,” he insists the technology was designed for large scale production systems which are not popular on the continent.

“Transplanting this technology to smallholder African farmers who operate in a completely distinctive mode of operation has failed. Expect this trend to continue into the future,” he wrote.

“My analysis reveals that Africa’s Gene Revolution does not sufficiently take into consideration smallholder farmers’ lived realities in the form of their geographic, social, ecological and economic contexts,” Dr. Schnurr observed.

“And banana is a crop that is effectively sterile, which makes conventional breeding particularly difficult. For these reasons, I believe that the BBW-resistant variety deserves to be pursued,” he noted.

Dr. Schnurr is an environmental geographer with research and teaching interests in environment and development, political ecology, agricultural biotechnology, farmer decision-making and environmental justice. His book examines the potential of genetic modification to achieve goals of redressing stagnating yields, alleviating poverty and hunger, and mitigating impacts of climate change in Africa.

Over a 10-year period, he conducted 125 interviews with research scientists, government officials, development donors, and NGO activists to gather data for the book.  He also did on farm ranking exercises involving over 299 farmers, in South Africa, Uganda and Burkina Faso.

The book discusses among others Ghana’s botched efforts to introduce GM cotton, describing the country as “one that has emerged as a continental leader in GM crops due largely to the influence of outside donors.”

The book also discusses efforts to introduce GM cotton in South Africa (where he says short term successes are giving way to long term failures), Burkina Faso (which has faced out GM cotton since 2016 about 5 years after its introduction), and Sudan where adoption of GM cotton continues to grow steadily.

“Sudan offers the most promising setting for Bt cotton, largely because its government was able to institute structural incentives and a centralized industry necessary to take advantage of economies of scale,” he observed.

“If this formula is maintained, then there is a good chance it will prove economical over time, though it is likely that secondary pests will eat into the profits. But it is naive to think that this model can be successfully transplanted to smallholder growers in Uganda, Kenya, Ghana or elsewhere in Africa,” he wrote.

“The restrictions embedded in GM technology – especially those related to predictable growing patterns, prescribed spacing, limitations on intercropping and exclusion for recycled and replanted seeds further compound the inelasticity of these programs and put even more onus on directives and priorities of the technology rather than the developer relative to the intended beneficiary,” he observed.

Dr. Schnurr is urging agricultural stakeholders to abandon the model of transplanting existing first-generation GM crop to Africa. “Africa needs to have its resources to identify and develop these technologies for themselves,” he said.

“The history of agricultural development in Africa offers a litany of precedents showing what does not work: interventions imposed upon African farmers by experts with limited understanding of local farming systems, who champion science and technology as the sole means of enhancing productivity and employ a compartmentalized approach that views ecological, social and political issues as discrete and independent,” he observes.

Dr. Schnurr is concerned Africa’s Gene Revolution is buttressed in important ways by private capital, money from agro-dealers and multilateral corporations, and lobbyists. “Development donors are wedded to the ideal of problem solving, favouring interventions that are unconventional and aspiration. But rural poverty is not a machine with a widget that needs replacing or software whose code needs updating,” he said.

“I am worried that Africa’s Gene Revolution replicates many of these same patterns, by relying on technologies that are supply driven rather than demand driven, by setting priorities outside the continent than inside, and by putting too much emphasis on the technology itself as opposed to the enabling structure necessary for the technology to succeed,” he observed.

“We need to move beyond flawed models of technology transfer and invest instead in more iterative models of technology co-development that enable farmers to shape each and every stage of these experimental programs. Until then, Africa’s gene revolution seems poised to repeat the mistakes of the past,” he wrote.