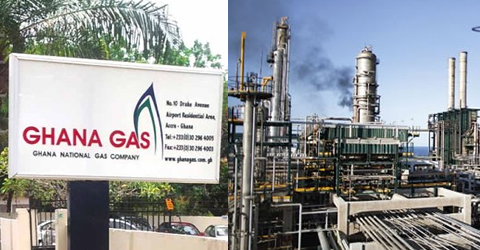 A statement from the Ministry of Energy and Petroleum confirmed the consolidation of the two entities on Tuesday, December 9, 2014.

"GoG has executed the legal instrument assigning its entire shareholding in GNGC to GNPC.  GNPC is thus now the sole shareholder of GNGC and now has full control over GNGC", the statement signed by Head of Communications, Edward Bawa, announced.

Government announced plans for GNPC to take over GNGC during the 2015 budget presentation on the floor of Parliament last month.

“The consolidation of GNPC and GNGC will make it possible to enhance a more integrated management and continue financing of projects in the oil and gas enclave immediately,”  Finance Minister, Seth Terkper, said.

Mr Terkper added that the consolidation of the two entities will also “make it possible to ease the conditions that investors impose for the national gas aggregator and start financing projects in the oil-and-gas enclave immediately.”

The GNPC recently indicated plans to secure a $700 million loan to support its exploratory activities, a move the Minority have red flagged as constituting an illegality.

However, GNPC maintains its plan to secure the loan is backed by law.

Read below the full statement from the Ministry of Petroleum and Energy on the GNGC-GNPC consolidation:

In its 2015 Budget and Financial Policy Statement, Government of Ghana (GoG) announced its policy commitment to consolidate the petroleum sector to reduce costs and transaction time and to improve value, efficiency, and sustainability of outcomes for the Ghanaian public.  Specifically, GoG announced the impending takeover of Ghana National Gas Company Limited (GNGC) by the Ghana National Petroleum Corporation (GNPC).

Pursuant to this Policy GoG on 3rd December, 2014 appointed PricewaterhouseCoopers (PwC) Ghana Limited as Transaction Advisor with respect to the GNGC take-over and has since commenced its work in earnest. PwC will also assist with the successful integration of GNGC into GNPC post acquisition.

GoG has executed the legal instrument assigning its entire shareholding in GNGC to GNPC.  GNPC is thus now the sole shareholder of GNGC and now has full control over GNGC.