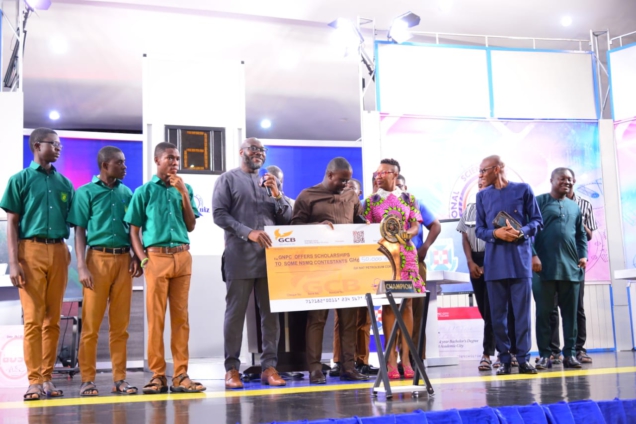 The Corporation believes local content and participation in the petroleum sector could be maximised through developing expertise in STEM within the value chain.

CEO, Opoku- Ahweneeh Danquah, was speaking at the grand finale of the 2022 National Science and Maths Quiz in Kumasi.

The government is set to establish five Science Technology Engineering and Mathematics STEM-based universities in the five newly created regions in the country.

This move is in line with the policy of expanding and promoting STEM education at all levels.

“The NSMQ is a good project and that is why the Ghana National Petroleum Corporation has decided to join in promoting the study of Science Technology Engineering and Maths.

“We also recognise the need to maximize local content and local participation,” the CEO of the GNPC, Opoku-Ahweneeh Danquah said.

The final contest of the National Science and Maths Quiz was thrilling with the three competing schools giving off their best performance.

PRESEC Legon won the contest with 50 points, while Prempeh College and Adisadel College came second and third with 41 and 32 points respectively.

Mr Opoku-Ahweneeh Danquah shared his experience as an NSMQ contestant for PRESEC in the 1997 competition.

“It was a good feeling back then to represent my school, PRESEC Legon alongside my other teammates. We considered it a privilege rather than a  right, to be up on the stage with other competing schools for the laurel. The NSMQ ignited a passion in me to continue searching for knowledge,” he revealed.

Meanwhile, the GNPC is offering five scholarships to five outstanding contestants to study a science-related programme at any Ghanaian university.

The management of Primetime production was lauded for sustaining the NSMQ project for the past 29 years.

DISCLAIMER: The Views, Comments, Opinions, Contributions and Statements made by Readers and Contributors on this platform do not necessarily represent the views or policy of Multimedia Group Limited.
Tags:
CEO of the GNPC
GNPC
NSMQ 2022
Opoku-Ahweneeh Danquah
STEM Education