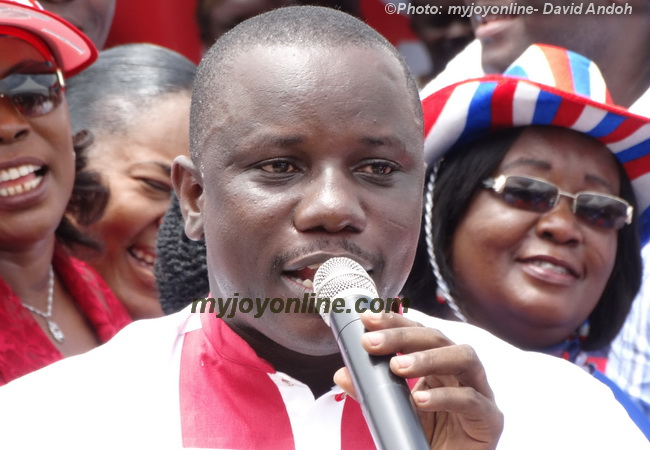 The Deputy Minority leader says the National Democratic Congress (NDC)’s parliamentary candidate for the Bimbilla Constituency is up for an irreparable defeat in next week’s parliamentary election.

Dominic Nitiwul says NDC's Dr Joseph Mamboah Rockson who wants to unseat him would be dealt a terrible blow because he does not understand the dynamics of the constituency.

Speaking to Francis Abban, host of Joy FM's Midday News, the Member of Parliament (MP) for the constituency expressed confidence that he would win the seat.

"I can confirm that Dr Rockson will lose the election badly. He doesn’t know the constituency because he is not from there," he said.

Mr Nitiwul's comment follows claims by his NDC opponent who said he [Nitiwul] would lose the election because he has underperformed as a legislator.

"After 10 years of non-performance as an MP and not relating to the people he is up for defeat," Dr Rockson said.

According to him, residents of the Constituency are filled with anguish and disappointment over the lack of development projects.

He believes the results of the election would favour him because they are both Kokomba, a factor which for some time has been a triumph card for the incumbent.

But Mr Nitiwul said his opponent is a loser because he had on two occasions contested for the position in the Kpassa Constituency in Northern Volta Region but has lost.

"I am more interested in what Nana Akufo-Addo will do for the security forces [but] I can confirm that Dr Rockson doesn't know the Constituency," he said.

Mr Nitiwul said although his party is not in government he has been able to drill 69 boreholes and would be adding four more in the coming days.

"I lobbied the Ministry of Energy and got electricity extended to 16 communities. I built two clinics, twelve roads and about six unit classroom block being built," he added.

“I am not God but I can tell you that losing this election is out of the question,” he said.

The Deputy Minority leader said a government of the NPP would uplift the living standard of the security forces by improving their remuneration system.

"It is important to establish that when you send somebody to peackeeping you don't give him peanuts," he said.