Google’s city built ‘from the internet up’

On Toronto's Eastern waterfront, a new digital city is being built by Sidewalk Labs – a firm owned by Google's parent Alphabet.

It hopes the project will become a model for 21st-Century urbanism.

But the deal has been controversial, representing one of biggest ever tie-ups between a city and a large corporation.

And that, coupled with the fact that the corporation in question is one of the largest tech firms in the world, is causing some unease. 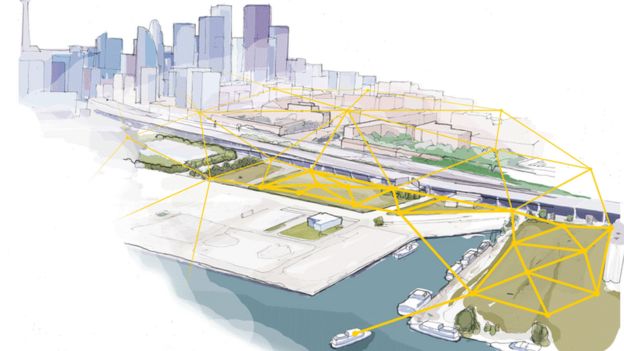 Sidewalk Labs promises to transform the disused waterfront area into a bustling mini metropolis, one built "from the internet up", although there is no timetable for when the city will actually be built.

"We want this to be a model for what urban life can be in the 21st Century," he said.

The area will have plenty of sensors collecting data – from traffic, noise and air quality – and monitoring the performance of the electric grid and waste collection. 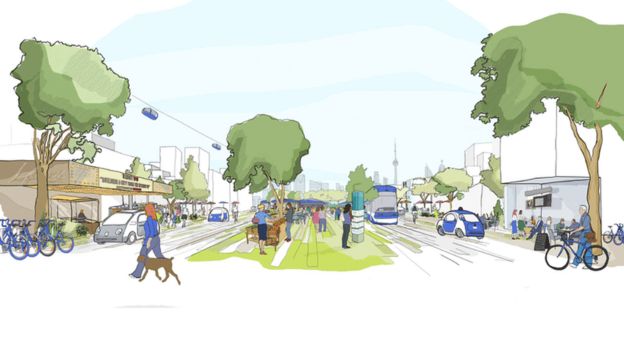 And that has led some in the city, including Toronto's deputy mayor Denzil Minnan-Wong, to question exactly what Sidewalk hopes to achieve.

"What data will be gathered and what is it going to be used for? These are real and prescient issues for the city of Toronto," he told the BBC.

Sidewalk Labs told the BBC that the sensors will not be used to monitor and collect information on citizens, rather it will be used to allow governments to be flexible about how neighbourhoods are used.

Mr Minnan-Wong is also concerned that the firm has not been very open with its own data.

"Sidewalk talks about open data, but from the very start the one thing that they are not making public is their agreement with Waterfront Toronto."

Waterfront Toronto is the organisation charged with revitalising the area around the city's harbour.

Initially Sidewalk's deal with the organisation will cover a 12-acre site but it is believed it wishes to expand this to the whole area – which at 325 acres will represent a huge land-grab.

"Even the idea of what land we are talking about, even something as fundamental as that is unclear," said Mr Minnan-Wong.

"Is this a real-estate play or is it a technology project? We just don't know."

He is not the only one questioning how the deal was made.

Writing on news website The Conversation, Mariana Valverde, urban law researcher at the University of Toronto, said: "The Google folks have not approached the city in the usual, highly-regulated manner, but have been negotiating, in secret, with the arms-length Waterfront Toronto.

"City staff, who have noted that even their waterfront planning experts were not consulted, have recently raised important issues regarding potential conflicts between Google's ambitions and public laws and policies.

"For example, the city has a fair procurement policy that would not allow it to let a big US company have any kind of monopoly."

The firm has some pretty radical ideas for the city including: 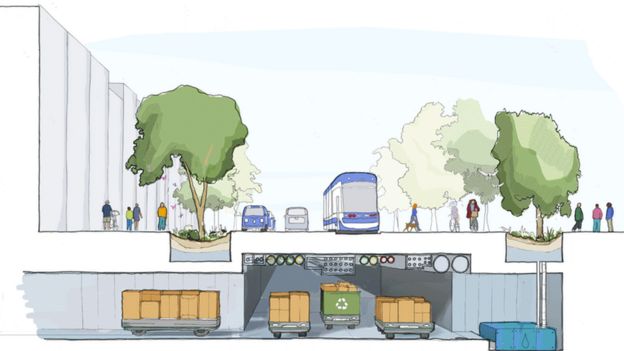 An army of underground robots will collect waste and deliver parcels 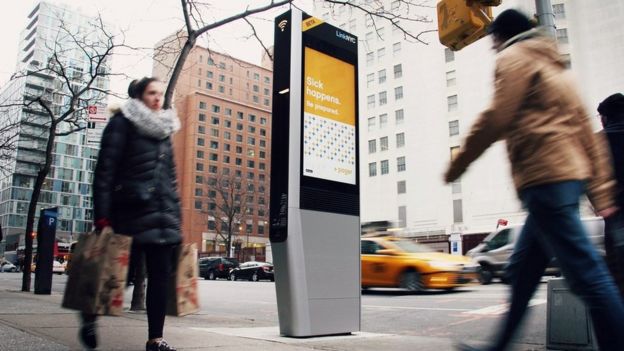 For its part, Sidewalk insists that this year will be all about consultation – with city leaders, local policymakers and the wider community, to ensure what is achieved in Toronto is something that "meaningfully improves lives".

Mr Minnan-Wong, who has not personally attended the two public meetings that Sidewalk has held so far, is not convinced.

"I've heard that the meetings are very slick productions but that they don't go far in addressing the concerns held by members of the public, who want to know the details of what is in the agreement." 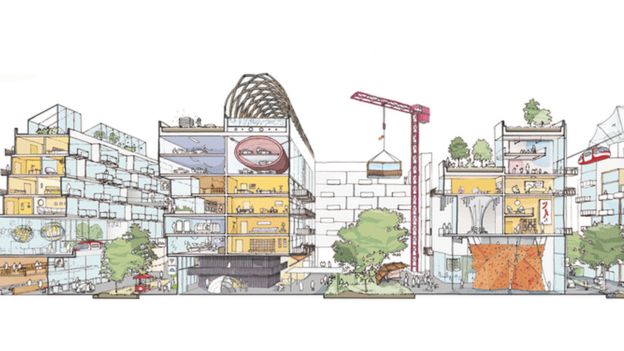 What is clear is that green will be top of the agenda – with plans for more eco-friendly building materials that will be built in a factory to cut down on the need for a messy construction site. This would create what Sidewalk describes as "whole neighbourhoods of lower-cost, quicker-to-build housing".

It is also planning a pilot to help tenants reuse so-called grey water – the water from bathroom sinks, showers, baths and washing machines. 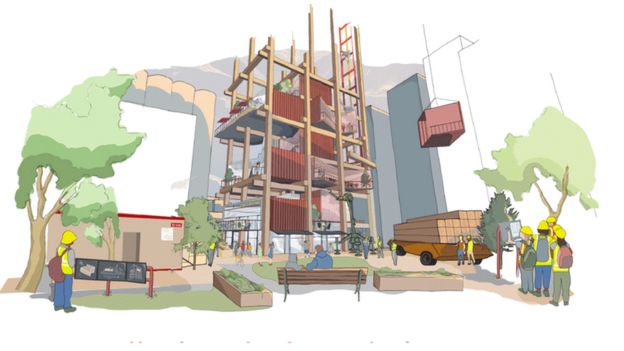 Mr Doctoroff is not naïve about the challenges of creating such a city.

"The hardest part of this will be the integration of innovation and urbanisation and there is a huge gulf between the urbanists -the people who run and plan cities – and technologists."

"Building a team that can do both is hard."

But he thinks that Sidewalk is uniquely positioned to provide this fusion as an urban innovation firm that combines the know-how of Google engineers with government leaders.

As part of the planning process of bidding to develop the waterside location, the firm looked at 150 examples of smart cities, including those built from the ground up such as Masdar, in Abu Dhabi and Songdo in South Korea.

"One of the mistakes that previous cities have made is the idea that you can plan something from the top. That is not how cities work – they evolve organically." 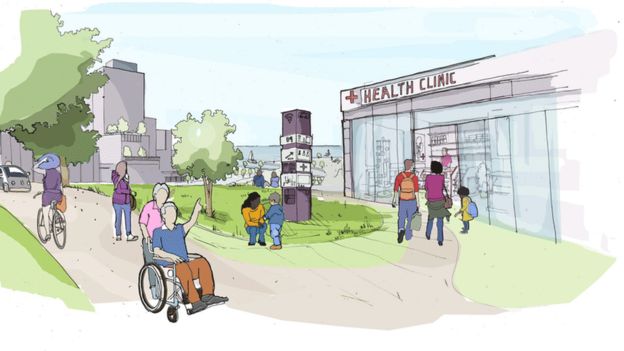 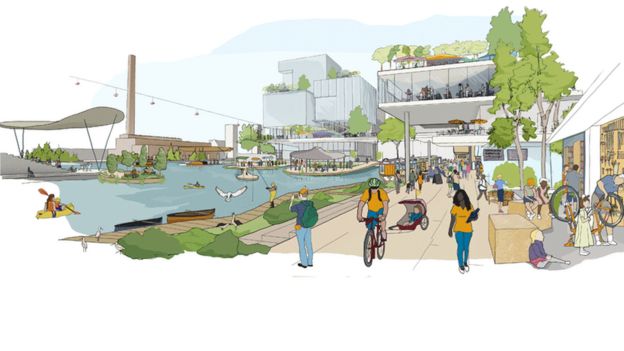 Would the city envisaged by Sidewalk Labs be one in which citizens would want to live?

Mr Doctoroff is a big fan of Jane Jacobs, an urbanist who fled New York to live in Toronto and spent her life encouraging cities to improve their shared spaces.

She once famously said: "Cities have the capability of providing something for everybody, only because and only when, they are created by everybody."

Whether the Google firm's city experiment will fulfil this promise is one many will be watching with interest.