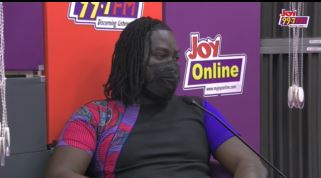 A Business Development Consultant, Gideon Agyeman, has said that government is the biggest challenge entrepreneurs face in the country.

Speaking on Joy FM‘s Super Morning Show, on Wednesday, October 20, 2021, he stated that government over the years has not supported the growth of businesses in the country.

“Government does not support business entrepreneurs and unfortunately when they do, that tends to be a problem itself. Government support will be nice for a season but then they’ll come back to hunt you. Government is the number one problem entrepreneurs face in the country,” he said.

The comment follows the Finance Minister, Ken Ofori-Atta’s statement that Ghanaian students must take charge of their future through entrepreneurship since the government payroll is full.

He expressed the view that the bureaucratic procedures involved in the acquisition of relevant documents for start-ups, regulations, taxes, etc do not create a friendly environment for entrepreneurs in the country.

“To become an entrepreneur in Ghana you have to learn to lose your morals. You have to look away when you see something bad because when you speak up you’ll be victimised.”

He noted that this has made it impossible for entrepreneurs to criticise the government when things go wrong.

Chief Executive Officer of Horseman Shoes, Tonyi Senayah, who was also a panelist on the show, expressed similar concerns.

“You become the enemy of a lot of public agencies when you become an entrepreneur,” he said.

He added that government has failed to enforce policies and interventions instituted to support the growth of privately owned businesses in the country.

“The Finance Minister in one of the budget readings mentioned that government will give tax breaks to business owners under 35 years [but] you’ll walk to the GRA offices and they’ll tell you they don’t know anything about that and that it ended in Parliament. And it can be very frustrating,” he said.

As the way forward, Mr Senayah entreated the government to put in place “deliberate policies to walk people through the bureaucracies when registering a business or a start-up.”