Government to intervene to avoid collapse of Neoplan Ghana Limited 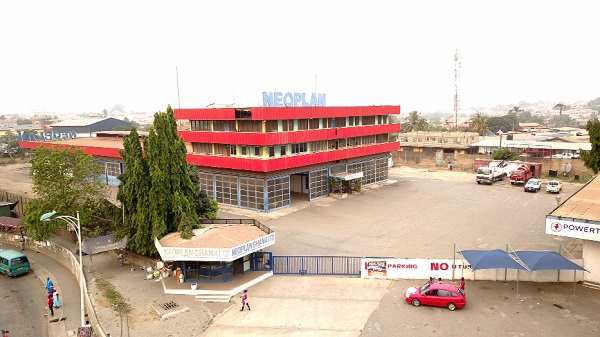 The Deputy Minister of Trade and Industry says the government is ready to intervene to avoid the collapse of Neoplan Ghana Limited.

Carlos Ahenkorah said “Let me say on authority, it’s not government’s desire to see Neoplan collapse. It has been one of the flagship companies of Ghana.”

Speaking to JoyBusiness, Mr Ahenkorah added “The Ministry of Trade and Industry is also prepared to capture them in the Auto policy and let them have the full benefit of whatever incentive we have within this concept.

According to Carlos Ahenkorah, though the government can be blamed for the woes of the company, it is putting in measures to save the situation.

He said “Government has not treated them [Neoplan] too well in the past. I think that if they decide to go away and shut down they are right. But who loses, at the end of the day it is the same government who will lose people on the street and that is going to bring us some challenges. So it won’t be appropriate to allow them to go.”

“From 2010 to 2016, they have done nothing at all in that factory. Of course, we’ve heard their cry ever since we came to power in 2017. Not too long ago, the Ministry of Trade and Industry launched the auto policy which is going to support the companies that are into the auto manufacturing business to be able to put up plant and assembly. They are already in the business so all they need is small capital injection or find someone to join them to have a joint venture.”

Mr Ahenkorah is, therefore, urging the management of Neoplan Ghana Ltd to exercise some restraint, “In any case, they are even willing to buy off all the remaining government shares to be able to become a full-time private company and go on to borrow on their own balance sheet. Why must government be a stumbling block on their way? Let me plead with the management of Neoplan to exercise some restraint. We know that it’s not been easy.”

Neoplan Ghana Limited, one of the country’s surviving coach manufacturing businesses in the 1970s, announced a total shutdown on Friday, January 31, 2020, because it is no longer viable.

A memo to all staff of the company in Accra and Kumasi announcing the closure of the company, which was established on December 12, 1974, cites the lack of contracts and recurring monthly losses as reasons for the shutdown.

The company said the last time it was given a government contract was in 2002, which ended in 2010 and saw the production of 450 DAF/VDL buses for the Metro Mass Transit Ltd.

DISCLAIMER: The Views, Comments, Opinions, Contributions and Statements made by Readers and Contributors on this platform do not necessarily represent the views or policy of Multimedia Group Limited.
Tags:
Collapse
Neoplan Ghana Limited