Government will be transparent with accountability on E-levy – Afenyo-Markin - MyJoyOnline.com

Government will be transparent with accountability on E-levy – Afenyo-Markin 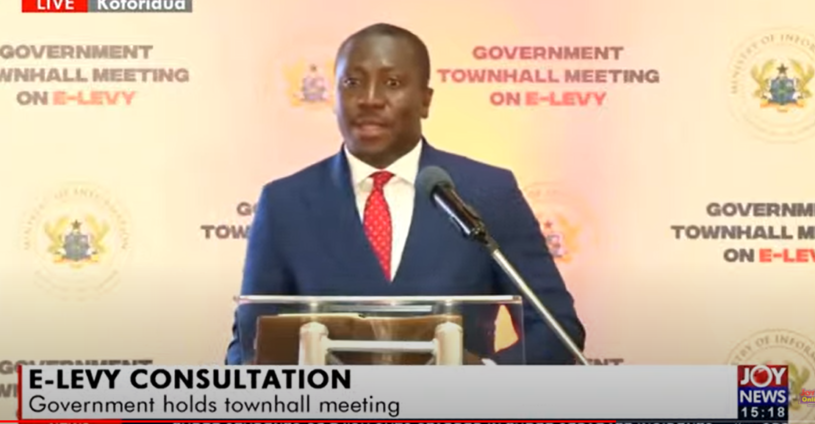 Deputy Majority Leader, Alexander Afenyo-Markin has asked Ghanaians to put their weight behind the Electronic Transaction Levy also known as the E-levy for a smooth passage in Parliament next week.

Speaking at the government’s first town hall meeting in Koforidua on the newly introduced levy, the Efutu MP said the government will ensure transparency and accountability on proceeds accrued from the levy when passed.

According to him, the government has shown a track record of introducing taxes for beneficial purposes.

“The government will be very transparent in its accountability on the E-levy. If the tax policy is passed and the unemployed youth are given jobs, then you will realize that we have been truthful and you all know government has the track record of introducing taxes for useful purposes,” he stated.

He noted that the NPP government has proven its ability to properly utilize revenue generated from taxes.

He explained that the levy was introduced to create jobs and fix roads, hence Ghanaians should fully support it.

“Even the onset of the pandemic and its challenges did not lead to the scrapping of our social intervention programmes. There are past governments that did not utilize revenue raised from taxes, but the NPP administration is not one of them. So this is a tax that must be passed to fix roads and create jobs. There will be enormous benefits. It has happened before, so all Ghanaians should support us,” he noted.

Meanwhile, the Minority Caucus in Parliament have reiterated its decision to oppose the implementation of the e-levy when it returns to the House next week.

According to them, the levy is an “insensitive’ policy that will burden Ghanaian businesses.