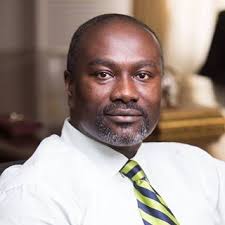 The Acting Director of the National Information Technology Agency (NITA), has said they are making sure that the connectivity provided for the Ministries Departments Agencies (MDA’S) and Metropolitan Municipal Districts Assemblies (MMDA) is in good condition.

Richard Okyere-Fosu said, “We are ensuring that connectivity is up. We are also discussing that we consolidate the fibre asset that government has. Ghana, unlike most other jurisdiction, is not connected”.

He added that government institutions already have fibre assets hence in order to provide nationwide coverage they would need to consolidate them by tapping into ECG, GRIDCO, Ghana Gas Pipelines and others’.

Speaking in a virtual forum under the theme ‘Internet and E-government solutions during a pandemic’, the NITA boss said encouraged government institutions that do not have the proper data sum to come and host their systems on their platform.

On his part, the Member of Parliament, Samuel Nartey George who said it will be in the interest of the nation to have the Communications Service Tax (CST) on data scrapped or suspended in this era of Covid-19.

Mr Nartey Georges said since Ghanaians are going digital, there should be a deal with mobile network operators on reducing the cost of data since people are relying on internet data.

He said the reduction on the pricing regime of data possibly will help the country at large.

The MP added that government should have a deal through NITA for the acquisition of additional data bundle for the country for redistribution to the telecommunications companies in the country.

This, he believed would trigger cheaper data rates from the mobile network operators.

He asserted that critically allocating funding to NITA to improve connectivity is key, as it is limited to the major cities and district capitals of the country when there needs to be last mile connectivity to artillery villages.

He was of the view that the government, with the help of the Ministry of Education, could identify the locations of all government schools as an E-learning hub, students in these schools would be able to access education virtually through strategically placed WiFi dissemination portals or virtual classrooms.