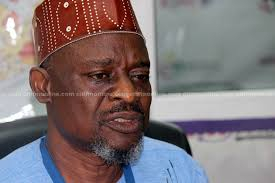 The Minority Spokesperson on Communications says government’s order for citizens to re-register their mobile SIM cards is an unnecessary hassle.

His comments follow, the Communication Ministry’s instruction for citizens to re-register their SIM cards in order to combat and other crimes.

Sector Minister Ursula Owusu-Ekuful said individuals will be able to re-register their SIM cards from January 2020 to June 2020.

She stated that all those who fail to comply with the order will have their SIM cards deactivated.

However, the Sanarigu MP legislator who opposes this instruction says the Communications Committee in Parliament will further discuss the issue when sitting resumes on October 22.

“It is an unnecessary imposition on Ghanaians. What is the rationale? The overwhelming majority of Ghanaians have been complaint with the plans by the government to have their SIM cards registered and so if there are a few people who are falling foul of the law, let us isolate those people and deal with them.

“I don’t think it is important to allow everybody who has gone through the process to go through again just because there are some people who haven’t done it.”