Speaking in proverbs is communication in Dagbani - A.B.A Fuseini - MyJoyOnline.com

Speaking in proverbs is communication in Dagbani – A.B.A Fuseini 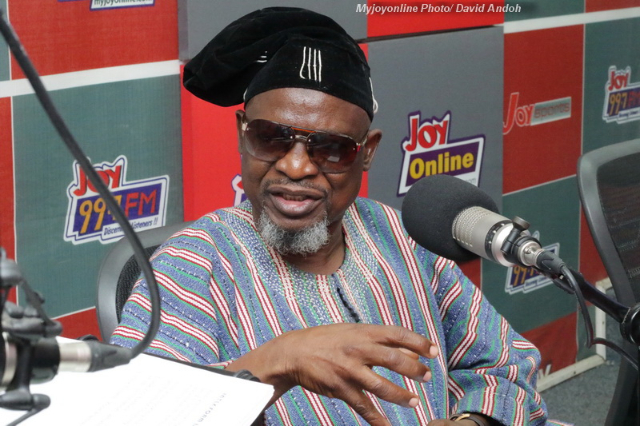 Alhassan Bashir Fuseini also known as A.B.A Fuseini is a proud Dagbani who treasures the customs of his culture which in fact is part of his identity.

Speaking on the Super Morning Show, Wednesday, he shared why he uses so many proverbs in his speech to communicate a message or a point.

“Our people say that when you make the vulture your delegate, he won’t show you the villages again. It’s natural, it’s not something that you consciously sit down and say this at this particular time.

Let me first say it’s a gift of the Almighty Allah. Like any other person God has his way of giving people specific gifts and I believe that it is a gift.

Secondly, they are a deep-seated source of wisdom. So I will encourage, especially the young ones, to endeavour anytime we have the opportunity to go home to the village or the town or wherever to visit them [the elderly], sit down with them, to learn very very useful things,” he said.

Speaking to the host of the show, Daniel Dadzie, he said that he also learnt some of them from his parents and from people in his community.

“Dagbani is a rich culture of proverbs. You don’t frighten a chief with a moustache…It’s its trademark in Dagbon. Proverbs are synonymous with us. Nobody throws that challenge to Dagombas. Of course, when you say Dagbani it also includes our brothers, the Mamprusis and the Nanumbas.

“What I’m saying encompasses them too. As part of that fraternity, proverbs are a normal way of communicating and sometimes to say so many words you say a few proverbs and that summarises what you want to say.

That is a tool you can use to select your diction in a manner which conveys the right message to whoever you are communicating with,” he added.

“Hardly would you ever see, especially the older folks speaking and proverbs don’t come. In Dagbani, it flows naturally and I think it’s part of the language. It’s part of the custom. When we were growing up, as children, you say them.”

Noting that everybody learns from the community, especially the elderly, he said, “Our people tell you that, if for nothing at all, if the old man has no morsel of wisdom to give you, he has an iota of wisdom to offer you by way of proverbs so that you can live a better life tomorrow.

“So it’s always good to share your time with the old people. I can say that you will never regret it.”

However, jokingly, he said that if he were to be challenged by greater Proverbians he would be flawed in the challenge in no time because, “no matter how broad your shoulders are, they can’t go round a baobab tree,” he said.