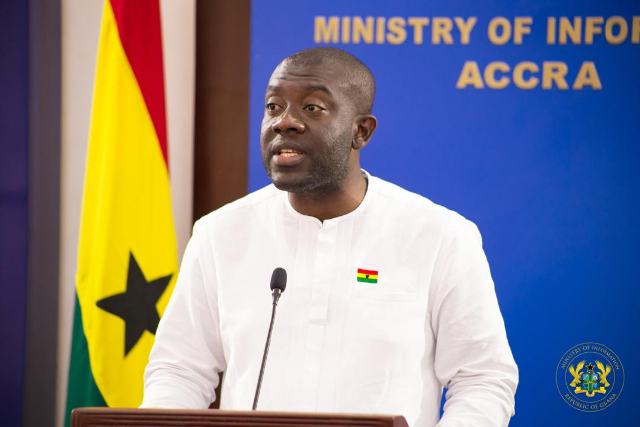 The Information ministry addressed the media on controversies surrounding government’s termination of its concession agreement with Power Distribution Services (PDS).

Wednesday’s press conference comes after Ghana lost a $190 million granted by its US partners as part of a power concession agreement.

The US Embassy on Tuesday said the Millennium Challenge Corporation (MCC) confirmed that the money is no longer available after Ghana decided to terminate the concession agreement with Power Distribution Services (PDS).

The money was available upon a successfully executed concession agreement, the statement said.

“Based upon the conclusions of the independent forensic investigation, the U.S. position is that the transfer of operations, maintenance, and management of the Southern Distribution Network to the private concessionaire on March 1, 2019, was valid and therefore the termination is unwarranted,” the US Embassy said.

Government, however, decided to terminate the agreement over material and fundamental breaches from PDS.

The Information Minister gave an update on government’s next line of action.