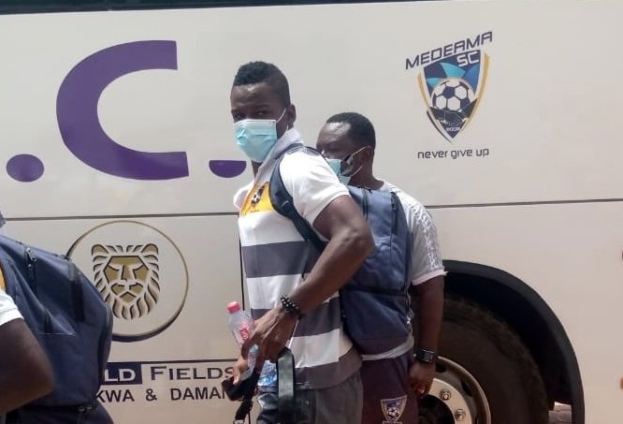 Karela stretched their lead to four points, AshantiGold decimated Aduana Stars and Hearts of Oak left it late to secure a victory over Ebusua Dwarfs.

Here are the five talking points from matchday 15:

Over the weekend, former Asante Kotoko star Ahmed Toure scored on his Medeama debut, more than a month after joining the Tarkwa-based club.

The 33-year-old was named in the starting lineup by Medeama and repaid the vote of confidence in style, scoring a brace in a 2-1 away win over Elmina Sharks.

Elsewhere, Hans Kwofie found the net on his first appearance for Legon Cities.

The striker donned the colours of AshantiGold at the start of the season and was one of their top scorers before the shocking move.

Despite being advanced in age, Toure and Kwofie can be in the spotlight in subsequent games.

Before the start of matchday 15, AshantiGold were on a downward trajectory.

The Miners had failed to win any of their previous six league games (D3 L3).

With the pressure mounting on Milovan Circovic, a response was needed against Aduana Stars.

After 90 minutes, the Obuasi-based side made light work of the Ogya boys with a 4-0 victory at the Len Clay Sports stadium.

AshantiGold are now just two points away from a top four spot. The huge result reminds fans of their viability to compete.

Despite losing to Kotoko in Aiyinase, Karela still have the most home points in the competition (21).

But, the numbers of Berekum Chelsea are also impressive.

Apart from the fact that they are yet to record a home defeat, they have earned the joint second-highest point total at their turf this campaign (18).

Also, the Blues have conceded just two goals at the Golden City Park, the least number of goals a home team has conceded this season.

Other teams should be wary when making the trip to Berekum.

In recent past, huge focus was placed on WAFA’s 50 home game run without defeat.

What fans have not realised is Elmina Sharks were making a home run of their own.

Medeama brought the run to an end thanks to the heroics from Ahmed Toure.

The result comes as a blow to Elmina Sharks who were gradually making their turf a fortress.

WAFA’s overall form in the league this season is like a tale of two halves.

In Sogakope, the Academy boys are unbeaten with four victories and three draws whilst scoring an impressive 18 goals.

The weekend’s defeat to Inter Allies was a particularly painful one as the Capella boys have struggled in the league this season.

WAFA have to find a way to get results in the coming weeks.