GPL: Four games to lookout for on matchday 13 - MyJoyOnline.com

GPL: Four games to lookout for on matchday 13 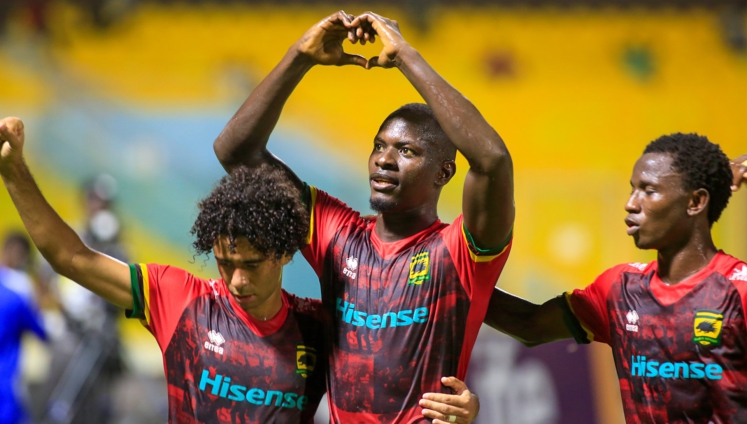 Matchday 13 sees a blockbuster between two clubs vying for the title, Karela United and Asante Kotoko.

Hearts of Oak will also look to return to winning ways when they host Legon Cities.

Here are four fixtures you can’t afford to miss this weekend:

Asante Kotoko will have another chance to go top of the table when they meet Karela United at the Cosby Awuah Memorial (CAM) park at Aiyinase on Sunday.

The Porcupine Warriors had an opportunity to climb to the summit of the table on matchday 10 when they hosted Aduana Stars.

On that occasion, Kotoko lost and crumbled under pressure. Johnson Smith will be hoping his team has learnt from their mistakes.

Facing Karela at their turf has been an arduous for opponents this season with Evans Adotey’s men yet to drop points at home.

At the CAM park, Karela have won all six games, scoring 14 and conceding just three.

On the other hand, Asante Kotoko will take confidence in the fact that they have the joint highest points for away games this season.

The reds have conceded just three goals on the road, picking up 10 points without defeat.

Hearts of Oak vs Legon Cities

Hearts of Oak after a remarkable start under new coach Kosta Papic seemed to have been hit by reality.

Papic’s comments after the loss to Medeama suggested that his players were not adhering to his tactical advice.

The Phobians have now lost two consecutive games and will be in search of three points desperately.

The Royals have found new energy after thrashing AshGold 5-2 at the Accra Sports stadium.

Due to fan behaviour during the Mantse Derby, the game will be played behind closed doors.

WAFA have the second best home record in the league, however their main issues have come from their travels.

The Academy boys have picked four points from six away games this season conceding seven.

Once again, the Sogakope-based side have to play an away game, this time against a difficult Aduana side.

Aduana have been blowing hot or cold this season especially infront of goal scoring just 13 goals in 12 games.

That has largely been due to the absence of Yahaya Mohammed. The forward missed the draw against Liberty and might not feature against WAFA.

The Ogya boys have dropped 12 points so far in games without Mohammed.

Dreams FC will look to stretch their unbeaten run when they travel to face Eleven Wonders.

The Still Believe boys currently have the longest unbeaten run in the Ghana Premier League with the club yet to taste defeat in six games.

The difference has been Vladislav Viric, their newly appointed coach whose exploits have moved Dreams from the relegation zone to being just one point off the top.

In their last six games, the Dawu-based side have won three game and drawn three, scoring 13 goals.

Up next for Viric’s men is an Eleven Wonders side that are out of form. The team from Techiman have picked up just two wins in their last 10 games.

As a result, Ignatius Osei-Fosu’s boys are lurking just above the relegation zone and will need to start picking up points.

Dreams have won the last three head-to-head meetings between the two sides in the league and will be full of confidence.