GPL: Hearts’ winless run at Sogakope extends to eight after draw with WAFA 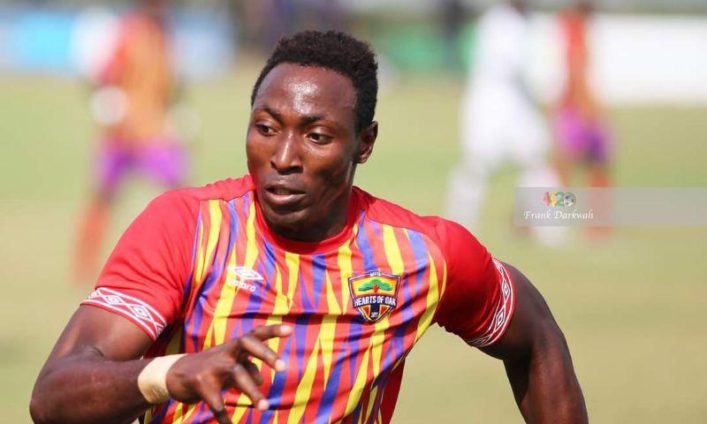 Hearts of Oak’s winless run at Sogakope against WAFA extended to eight games after they were held to a 1-1 draw on Friday.

The result means Samuel Boadu’s men start their title defence on a blunt note with the Phobians yet to win a game.

Kofi Kordzi gave the defending champions the lead in the dying embers of the first half after a long ball from Salifu Ibrahim caught WAFA’s defence off guard.

Kordzi raced onto the ball in acres of space in WAFA’s 18-yard box and calmly slotted the ball between the legs of WAFA’s onrushing Kwadwo Bonsu.

Despite the first half score, WAFA were on top – created the most chances, saw most of the ball and were unlucky to be down.

For Boadu and Hearts, they were definitely glad as their game plan was going according to plan.

Hearts played in a diamond 4-4-2. Kordzi and Afriyie Barnieh led the attack of the team, with Emmanuel Nettey, Ushau Abu and Ansah Bothcwey part of the diamond midfield led by Salifu Ibrahim. The midfield sought to close down half-spaces and play more long balls down channels for Kordzi who was very efficient for the team upfront.

Despite Hearts’ quest to defend and protect their goal, the Academy boys got their much deserved equalizer through Sampson Agyepong 15 minutes after the break.

The midfielder found himself at the end of an intricate move from Guillermo Zaragoza’s team as he slotted the ball past Richard Atta.

Kofi Kordzi who led the Hearts line so well, feeding off scraps was replaced by Agyenim Boateng and Salifu Ibrahim was substituted for Enock Asubonteng in the second half.

Benjamin Yorke made his debut for Hearts while Asubonteng also came on in the second half to face his former team.

Despite conceding to cancel their lead, Boadu will be happy with his side’s draw at a very difficult WAFA park – a ground many title contenders are not very likely to pick three points from.

Zaragoza, who earned his first point in Ghana football, will be happy with the application of his team who kept pushing Hearts and kept the defending champions in a cage for majority of the game.