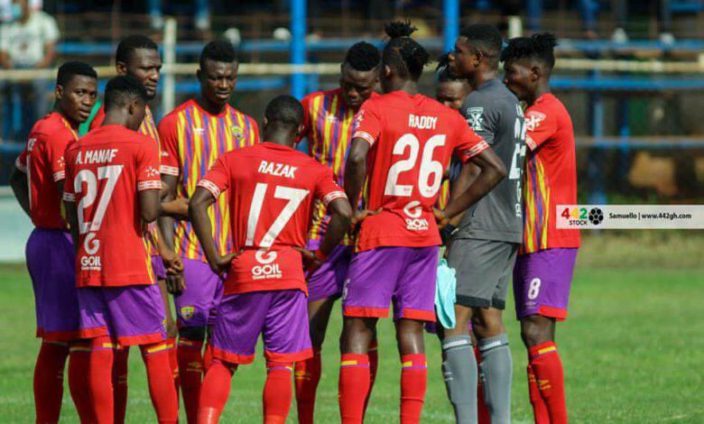 The Ghana Premier League returns this weekend after no action in midweek as we approach the end of the first round of the 2021/22 season.

This week promises some mouth-watering encounters as Hearts of Oak and Asante Kotoko come up against tough oppositions in the matchday 15 fixtures.

The gameweek commences on Friday at the Baba Yara Stadium, where Kotoko will host Accra Great Olympics. After three games without a win in the league, the Wonder club bounced back to winning ways with a 2-1 victory over King Faisal.

On Saturday, second-placed Aduana Stars will welcome Bechem United in a cracking fixture at the Nana Agyemang Badu I Stadium in Dormaa. Both teams are without a win in their last two games in the top-flight.

Dreams FC will travel to Obuasi on Sunday where they play AshantiGold at the Len Clay Stadium while Berekum Chelsea will also battle Accra Lions at home for the maximum points.

Hearts, after suffering a defeat in their last game last weekend have an opportunity to bounce back when they entertain King Faisal at the Accra Sports Stadium.

The Insha Allah boys have lost their last three games in the league slipping to the fourth position on the league table after 14 games.

Legon Cities have a home game against Eleven Wonder to sort out this weekend, with Real Tamale United also facing Karela United.

WAFA and Bibiani Gold Stars will also be involved at the WAFA Park in Sogakope on Sunday.