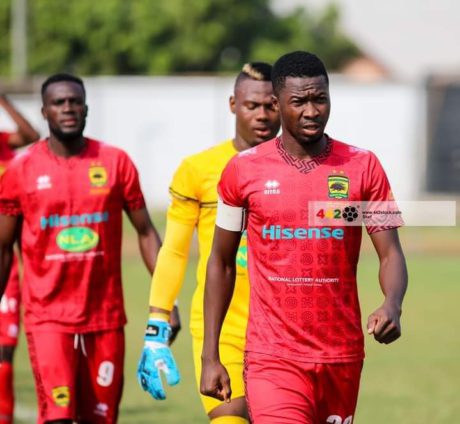 The Porcupine Warriors were beaten 3-1 at the Baba Yara Stadium by Legon Cities with forward, Hans Kwofie scoring a brace in the game. Michael Otuo also scored for the Royals while Mudasi Salifu scored Kotoko’s consolation goal.

Berekum Chelsea were 1-0 winners over Aduana Stars, who now slip to the fifth position on the league table following their away loss.

A 68th-minute strike from the penalty spot by Prince Kwabena gave Bibiani Gold Stars all three points against Eleven Wonders at the Dun’s Park.

King Faisal held Dreams FC to a 1-1 draw at the Theatre of Dreams in Dawu while Elmina Sharks and Real Tamale United also played out a scoring stalemate.

WAFA suffered their 12th loss of the season, losing to Medeama away from home in Tarkwa.

Earlier on Friday, Hearts of Oak recorded a 3-0 win over Accra Lions at the Accra Sports Stadium while AshantiGold also handed Accra Great Olympics their first home defeat of the season as Yaw Annor struck to give the Miners the maximum points.

The game between Bechem United and Karela United is scheduled for Monday, April 25.