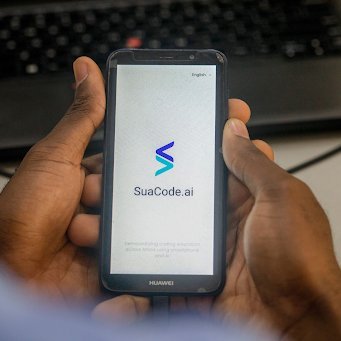 In ensuring that learning how to code becomes much easier, fun and accessible to African youth, SuaCode.ai has launched SuaCode, a smartphone-based coding app.

The app was released on Google Play Store in January 2022, and has received great reviews so far.

SuaCode.ai is an EdTech startup with a mission to democratisE science and technology education across Africa using smartphones and Artificial Intelligence (AI).

Mr. Boateng started SuaCode as a project  in 2017 as a graduate student at Dartmouth College, during Project iSWEST, an annual innovation bootcamp for high school students in Ghana organised by his education non-profit Nsesa Foundation.

From 2018 to 2020, with four pilots, SuaCode had over 3,000 applicants from 69 countries, accepted over 1,000 students, with a 62% completion rate and alumni getting internships, jobs and studying computer science and engineering in top universities, including Yale, Columbia, Dartmouth, and MIT.

In 2021, George Boateng and cofounder Victor Kumbol improved on the idea and launched the startup, SuaCode.ai to transform SuaCode into a smartphone app, with the aim of teaching millions across Africa to code using smartphones and a bilingual AI teaching assistant, Kwame.

The SuaCode app enables users to learn how to code on their phone at any place and time among a community of learners across the globe. The app presents lessons in English and French along with fun and hands-on coding exercises, quizzes and assignments. It also provides quick and accurate answers to students’ coding questions.

The app’s Automated Grading Software, AutoGrad, grades users’ assignments while checking for plagiarism and providing individualised feedback; and users receive a certificate of completion when they complete courses.

For his work on SuaCode.ai, George Boateng, CEO of SuaCode.ai, was recognized by the MIT Technology Review as a Pioneer in the 2021 list of 35 Innovators under 35.

Recently, SuaCode.ai has been selected to the 2022 GSV Cup Elite 200, the acclaimed list of semifinalists in The GSV Cup — the world’s largest pitch competition for EdTech startups run by venture capital firm GSV Ventures.

“Coding is a critical skill for jobs in this digital age and we want every African youth to have an opportunity to learn to code, and this is why we developed the SuaCode app to make coding education more accessible” says Victor Kumbol, COO of SuaCode.ai.