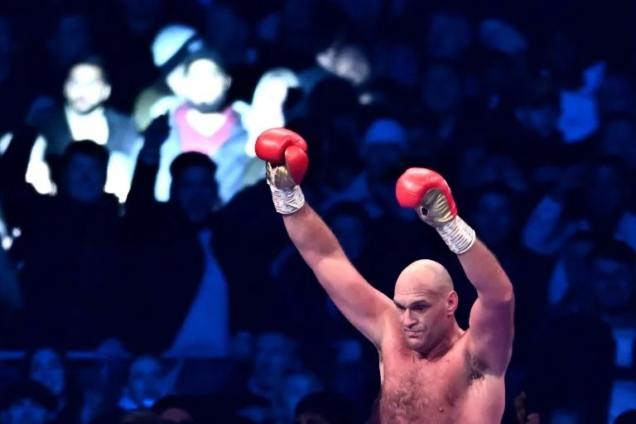 Tyson Fury and Oleksandr Usyk have agreed to fight each other next in a world heavyweight title unification bout, according to veteran boxing promoter Bob Arum.

Fury defeated his British rival Derek Chisora for the third time in his career to retain his WBC title earlier this month.

He then called out Ukrainian hero Usyk, the IBF, IBO, WBO and WBA belt-holder, who was ringside at the Tottenham Hotspur Stadium.

Following that fight, the 34-year-old Fury forecast a clash with Usyk, either in Saudi Arabia or Britain, sometime in February or March.

“The two fighters have agreed to fight each other next,” the 91-year-old Arum told Sky Sports on Tuesday.

“With Fury and Usyk we’re dealing with two adults, not a lot of (rubbish) back and forth. Usyk is a good friend of mine, he’s very intelligent and Tyson is Superman, both as an athlete and as an intellect.”

The American, involved in some of Muhammad Ali’s celebrated contests of the 1970s, added: “So they want the fight. Both of them want the fight and so there’ll be very little, if any, (messing) around.

“Now the question is what’s the date and what’s the site. But that fight is definitely going to happen and it will happen in the first four months of next year.”

Usyk, 35, has twice defeated Anthony Joshua, firstly depriving the Briton of his world titles at Tottenham in September last year before defeating him again in Jeddah, Saudi Arabia, this July.

This September, he said of a possible contest with Fury: “I would really like to see this fight happen next year.

“We do not know what is on his mind. This is Tyson Fury, everyone knows that he is a very crazy kid.”

DISCLAIMER: The Views, Comments, Opinions, Contributions and Statements made by Readers and Contributors on this platform do not necessarily represent the views or policy of Multimedia Group Limited.
Tags:
Bob Arum
Heavyweight champions
Tyson Fury
Unification bout
Usyk