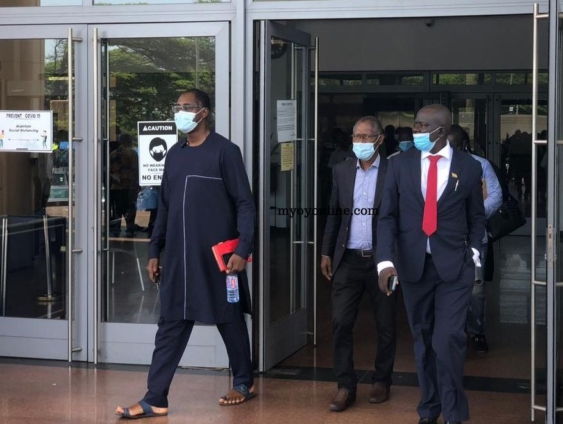 The Electoral Commission (EC) has been given the green light to continue with activities towards the December 7 polls.

An Accra High Court this morning dismissed a case filed by the United Front Party (UFP)’s Nana Agyenim Boateng challenging his disqualification from the election.

The EC on October 19 announced that 12 candidates have been cleared to contest the polls.

Mr Agyenim Boateng was one of the individuals who had his form rejected with the EC explaining three persons who endorsed his form have denied doing so.

Mr Boateng dragged the EC to court insisting his disqualification was unlawful. His lawyers have presented to the court three letters from the persons said to have endorsed his form insisting they did endorse the form.

Court documents sighted by JoyNews explains one of them was asked whether he has endorsed Agyenim Boateng’s party UFP, to which he answered no.

The court in its decision said the person who endorsed Mr. Boateng’s form was given a fair hearing.

The court also stated that the EC did not breach any of its regulation since it informed Mr. Boateng of his disqualification.

It further noted that the injunction for a fair hearing does not mean the EC should endorse criminality.

It concluded by noting that the Elections ought to take place on December 7 and the EC will not be impeded from doing so especially when there is no equitable right to be protected.

The court, therefore, dismissed the application for an injunction and the substantive case against the EC