HIV/AIDs cases on the rise in Ada – Health Director 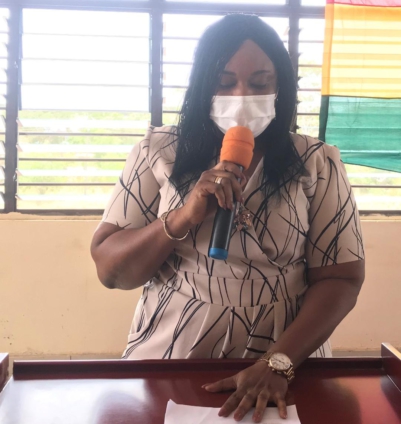 He said the virus was most prevalent among the ages of 0 to 15 as they recorded 1,547 saying that the males recorded 133 and 1014 among the female population in the Ada East District.

Dr Boakye made the revelation in a report presented on his behalf at the first ordinary session of the Ada East District Assembly to consider the Assembly’s Authority Report for ratification and implementation.

He noted that among the 1,674 people living with the disease, it was only a few patients who go to health facilities for Antiretroviral Therapy (ART) and expressed concern that the majority of those who go for the treatment have stopped midway.

He said the District has already recorded 80 HIV cases in the first quarter of the year and that was worrying.

He added that 13 HIV cases have been recorded among pregnant women saying that pregnant women do not attend the hospital during their pregnancy and resort to home delivery.

He said the 80 cases that had been recorded were those that had come to the hospital and cautioned that they could be more people living with HIV/AIDS in the society.

Meanwhile, Ms Sarah Dugbakie Pobee, the District Chief Executive for Ada East in the sessional report expressed worry about the spate of HIV/AIDS infections in the District.
She said the rise in the cases had the potential to hinder human resources development if not curtailed.

Ms Pobee who is tagged as Ada East Developmental Chief Executive cautioned the residents to be conscious of the situation and responsibly conduct themselves.

She said as part of the initiative to deepen local participation in governance, the Assembly embarked on grassroots stakeholder engagement on its medium-term policy planning document.

Ms Pobee, told the Ghana News Agency on the sidelines of the ordinary session that the Assembly initiated the door-to-door engagement as they realised that residents did not participate when it was organized at the zonal council levels.

She explained that six communities have been engaged in the medium-term policy for the development of Ada East.

She explained that the 27 electoral areas had been clustered into 18 communities for easy access and engagement, adding that together with the Planning Officer and other team members, they would resume their consultation with residents after which opinion leaders and chiefs have their turn to make an input.

Ms Pobee said the inability of many residents to participate in the engagement in the past, led to the Assembly embarking on some developmental projects that the inhabitants thought were not their priority needs.

The DCE said so far the communities that had been engaged had raised issues of roads as their main challenge as it impacted negatively on their farming and fishing activities.

She encouraged residents and stakeholders to participate in such engagements to enable the Assembly to collate their needs, which would help in the planning of projects and policies to be initiated in the various communities.

Touching on some of the works done under the 2017-2019 period, she mentioned that most of the projects covered health, education, and the economic welfare of the people.

DISCLAIMER: The Views, Comments, Opinions, Contributions and Statements made by Readers and Contributors on this platform do not necessarily represent the views or policy of Multimedia Group Limited.
Tags:
Ada District
Health Director
HIV/AIDS