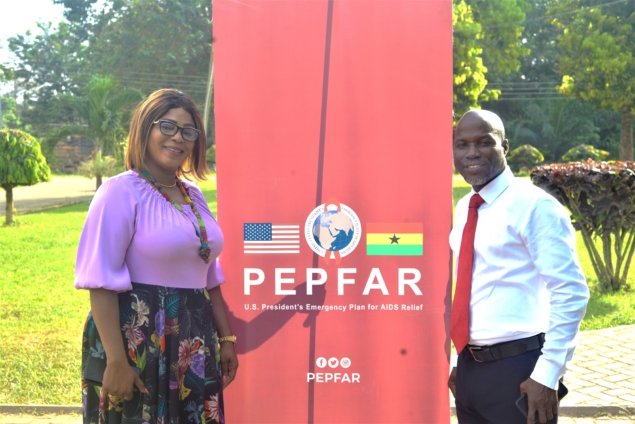 As part of interventions to reduce HIV/AIDS prevalence among the youth, some senior high school
students in the Ashanti Region have been sensitized on the “Undetectable=Untransmittable” (U=U) Campaign and the need to stop stigmatizing persons living with the condition.

According to experts, stigma remains a key challenge, as it prevents Ghanaians from voluntarily testing and treating for HIV/AIDS, thus, adding to the high prevalence rate.

Statistics from the Ghana AIDS Commission revealed that over 23,000 new HIV infections were recorded by the first half of 2022, with majority being, the younger generation.

The UNAIDS has set the year 2030, to reach epidemic control, hence its strategic campaign on “Test and Treat”, “Undetectable=Untransmittable (U=U)”, “95-95-95”, and anti-stigmatization respectively.

The event was a precursor to World AIDS Day, which is commemorated every December 1.

“…stigma doesn’t allow people to voluntarily test to know their HIV status, so that
when they are positive, they will be put on treatment for their viral load to be suppressed. Let’s not stigmatize against persons living with HIV/AIDS because stigma kills faster,” PEPFAR Media Specialist at the US Embassy Ghana, Dzid Kwame told Luv FM’s Patricia Bonsu.

She also expressed concern about the seeming lack of information coupled with peer pressure, making the youth make uninformed decisions, regarding HIV/AIDS.

“A lot of young boys and girls today are influenced by their peers; they get the wrong information and indulge in unprotected sex with infected persons without protection. The youth are tomorrow’s leaders; hence it is imperative to share accurate data with them. They need to know or have adequate information about HIV/AIDS so that they can prepare for the future and also protect themselves”, Ms. Kwame added.

On his part, HIV/AIDS Ambassador who has lived with the condition for 22 years, Reverend John Azumah further engaged the students on all they needed to know about the condition, preached abstinence and urged them to be ambassadors.

“Encourage your families, neighbors, friends, and yourselves to test and treat for HIV/AIDS at the nearest health facility and seek help, especially as the condition is no more a death sentence. HIV/AIDS still does not have a cure but thanks to Antiretroviral Drugs (ARVs), my wife who is also HIV positive and I are living longer and healthier lives. Because of the medication, our 4 children are HIV negative.”

PEPFAR in the last 17 years has dedicated over $85billion to support HIV/AIDS prevention, globally.

This investment remains one of the biggest commitments that any country, has contributed to the fight
against a single infection in the world.

DISCLAIMER: The Views, Comments, Opinions, Contributions and Statements made by Readers and Contributors on this platform do not necessarily represent the views or policy of Multimedia Group Limited.
Tags:
HIV/AIDS Prevention
PEPFAR