HIV found in a child said to be cured - MyJoyOnline.com

HIV found in a child said to be cured 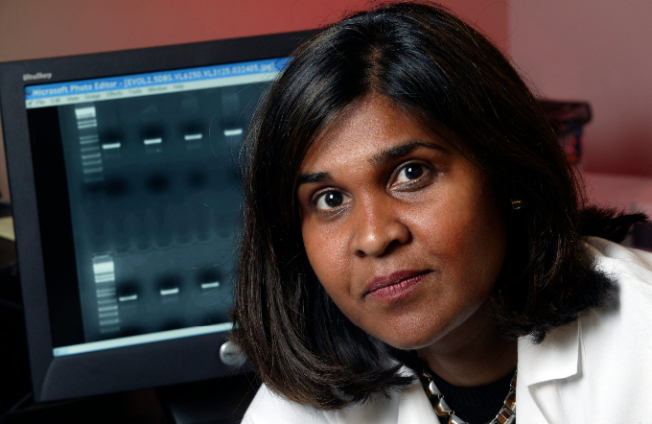 A child in Mississippi who was thought to have been cured of H.I.V. with aggressive drug treatment immediately after birth is now showing signs of infection with the virus, federal health officials announced Thursday — a serious setback to hopes for a cure for AIDS.

The report in March 2013 that the child had apparently been cured raised the possibility that aggressive early treatment might be able to reverse infections in newborns — and perhaps even in newly infected adults.

About 2.3 million people around the world were newly infected with H.I.V. in 2012, the last year for which figures were available; 260,000 were infants infected at birth or immediately afterward.

So Thursday’s announcement was especially deflating. During a telephone news conference held by the National Institutes of Health, Dr. Hannah B. Gay, the pediatrician at the University of Mississippi Medical Center in Jackson who first put the child on large doses of antiretroviral drugs, said it was “like a punch in the gut.”

With hopes raised by the Mississippi case, doctors had made plans for a worldwide clinical trial in which about 450 babies — chosen because their infected mothers had no testing or treatment before the births — would be put on the three-drug regimen called triple therapy.

If those who were infected with H.I.V. showed no virus after 48 weeks of treatment, the plan was to stop their drugs and see if they had been cured before the virus had a chance to establish a reservoir of infected cells.

But not a single baby has yet been enrolled in the trial, and in light of the failure to cure the Mississippi baby, “We’ve got to go back and look at the trial’s design,” said Dr. Anthony S. Fauci, a leading AIDS expert who is the director of the National Institute of Allergy and Infectious Diseases.

Asked how he felt about Thursday’s announcement, he said: “It’s obviously disappointing, but I was not surprised. I’ve been chasing these reservoirs for the last 25 years, and I know this virus has a really uncanny way of hiding itself.”

Before the Mississippi baby, only one other person had been considered cured of H.I.V. That was an adult, Timothy Brown, previously known as the anonymous “Berlin patient,” who had a transplant of blood stem cells to treat his leukemia after his bone marrow was wiped out with drugs and radiation.

The new stem cells were from a matching donor who also had a relatively rare mutation that creates blood cells lacking the surface receptor that H.I.V. uses to enter the cell.