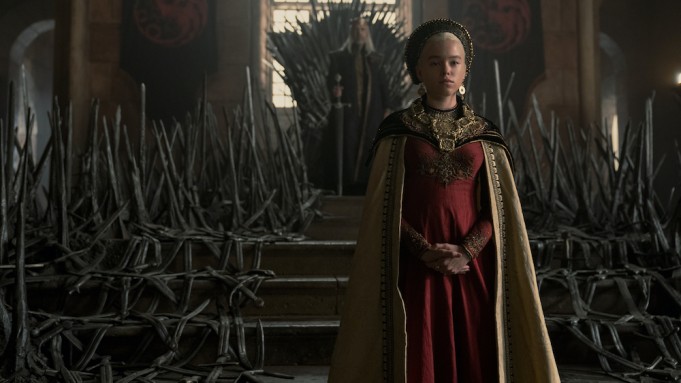 Westeros came back to HBO last night with the series premiere of “House of the Dragon” — and brought the masses along with it.

“House of the Dragon” drew in 9.99 million viewers across HBO and HBO Max after premiering with one episode on Sunday, according to Warner Bros. Discovery. This viewership tally includes linear airings, as well as HBO Max streams during premiere night.

HBO says “House of the Dragon” drew the largest audience in the pay TV channel’s history, including content that debuted before the streaming era, as well as HBO shows that have since premiered on defunct digital platforms HBO Now and HBO Go, as well as their successor HBO Max.

“Game of Thrones” has remained HBO’s biggest hit of all time since concluding in 2019, and as its prequel series, “House of the Dragon” is arguably the project to get the most marketing and fanfare from the network since.

As a result, the series premiere “Heirs of the Dragons” outperformed the “Game of Thrones” series premiere, which brought in 4.2 million viewers in 2011.

And while its perhaps unfair to compare “House of the Dragon” to the heights its predecessor eventually reached — “Game of Thrones” was watched by a record-breaking 17.9 million people with the premiere of its eighth and final season — there’s another, more recent HBO series that’s worth including in the conversation.

Sam Levinson’s “Euphoria” is not only HBO’s biggest show of 2022 thus far: It became the network’s second-most-watched series of all time after “Game of Thrones” in February thanks to the run of its second season. And while viewership increased from the beginning of the season to the end — a rare and impressive feat — its premiere episode was watched by 2.4 million people, 76% less than “House of the Dragon.”

“House of the Dragon” is based on George R.R. Martin’s 2018 novel “Fire & Blood.” The series is set 200 years before the events of “Game of Thrones” and tells the story of House Targaryen.

“It was wonderful to see millions of ‘Game of Thrones’ fans return with us to Westeros last night,” said Casey Bloys, chief content officer of HBO and HBO Max. “‘House of the Dragon’ features an incredibly talented cast and crew who poured their heart and soul into the production, and we’re ecstatic with viewers’ positive response.

We look forward to sharing with audiences what else George, Ryan and Miguel have in store for them this season.”

DISCLAIMER: The Views, Comments, Opinions, Contributions and Statements made by Readers and Contributors on this platform do not necessarily represent the views or policy of Multimedia Group Limited.
Tags:
HBO
HBO Max
House of the Dragon