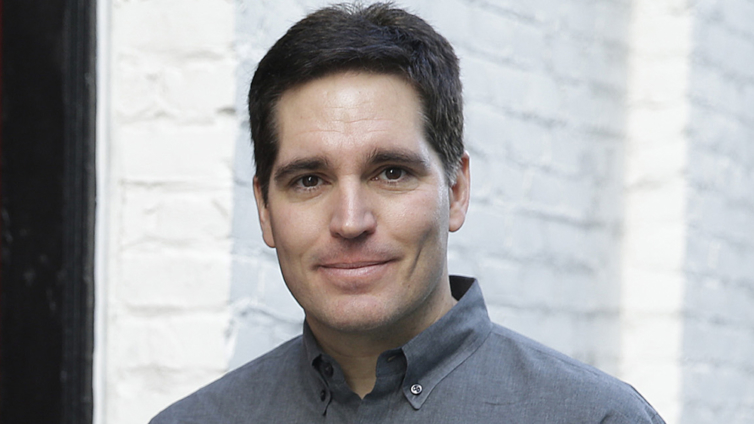 In this photo taken Monday, March 23, 2015, Vessel CEO and co-founder Jason Kilar, right, and co-founder Richard Tom pose for a photo outside their headquarters in San Francisco. If you can’t wait to watch some of the Internet’s best video clips, it’s going to cost you. That’s the idea behind Vessel, a new service seeking to transform the way that short video pieces make money on the Internet. Instead of focusing on a free-for-all concept supported solely by advertising, Vessel will charge $3 per month to see music, sports, comedy and other clips that won’t be available on YouTube or any other digital video service for at least 72 hours. The concept makes its debut Tuesday after two months of testing with an undisclosed number of people who received invitations to participate. (AP Photo/Eric Risberg)

Warner Media CEO Jason Kilar is in the spotlight after AT&T increased its guidance for the growth of its streaming service.

That growth will be driven in part by the service’s launch in 60 international markets in June as well as a lower-cost ad-supported service, also debuting in June.

Kilar told CNBC on Friday that the increased guidance is due to “the response from the market in the first nearly 10 months, combined with the things that we think are going to be quite helpful in Latin America and Europe, where we have an existing presence, both on the programming side but also on the distribution side.”

He added, “It’s not just what we believe will happen outside the U.S., it’s very much a function of where we see the U.S. market going as well in the coming years.”

Kilar forecast that HBO Max will be one of three streaming giants to emerge, along with Netflix and Disney+, which passed 100 million subscribers earlier this month.

And HBO Max’s coming ad-supported service — Netflix and Disney don’t offer one — will give the company an advantage in offering a lower price.

“Being able to deliver the HBO Max quality experience, which is at the very very top shelf in terms of quality, to be able to offer that for a lower price and let consumers decide which version they would like,” said Kilar. “I think it’s going to play a role for sure in the U.S. market.”

The company hasn’t yet decided which markets will include an ad-supported version.

Kilar also said the ad-supported version of HBO Max will be actually more profitable than the traditional subscription service.

“It won’t be on day one, give us probably four quarters maybe eight quarters to kind of get to our scale when it comes to ad sales and ad placements and whatnot. But when you look at what the opportunity is — and I say this based on marketers and how much your dollars are putting on the table — to be able to be part of this very light advertising environment where the efficacy is quite high.”

What’s next for theatrical releases?

Kilar announced in December — to the dismay and confusion of content creators and theater chains — that HBO Max would stream Warner Brothers’ theatrical debuts the same day they hit theaters.

That strategy was put in place just through the 18 theatrical releases Warner Brothers had scheduled this year, Kilar told CNBC

“We feel really good about that decision we feel very good about that strategy. I do wish I could go back in time and that we were able to have, instead of day one or two days of conversations before we announced that news, I wish we would have had a week or two.” He admitted, “I think we could have done a better job in terms of those communications and those conversations with the storytelling partners and directors and producers and their representatives.”

“One of which is going to be the big and epic in scope movies that you’ve come to expect from us, which has an exclusive theatrical run. I think the run will be shorter than has been the case in the past. The world of DC and Harry Potter and things like that; big, epic scope movies I think deserve and will have an exclusive theatrical run. But there will be other movies, a large number of movies that will go to HBO Max the same day that those same movies were made available to exhibitors and cinemas around the world.”

Between the movies debuting exclusively in theaters, and those going directly to HBO Max, Kilar says they will be investing more in producing movies for both formats.

DISCLAIMER: The Views, Comments, Opinions, Contributions and Statements made by Readers and Contributors on this platform do not necessarily represent the views or policy of Multimedia Group Limited.
Tags:
HBO
Jason Kilar
Warner Media